A White House effort to undermine conservative critics is generating a backlash on Capitol Hill — and not just from Republicans.

“It’s a mistake,” said Rep. Jason Altmire, a moderate Democrat from western Pennsylvania. “I think it’s beneath the White House to get into a tit for tat with news organizations.”

Altmire was talking about the Obama administration’s efforts to undercut Fox News. But he said his remarks applied just the same to White House efforts to marginalize the U.S. Chamber of Commerce, a powerful business lobby targeted for its opposition to climate change legislation.

“There’s no reason to gratuitously piss off all those companies,” added another Democrat, Rep. Jim Moran of Virginia. “The Chamber isn’t an opponent.”

POLITICO reported earlier this week on an all-fronts push by the White House to cut the legs out from under its toughest critics, whether it’s the Chamber, radio talk show host Rush Limbaugh or Glenn Beck and the rest of the Fox News operation.

White House Communications Director Anita Dunn has defended the push, saying the administration made “a fundamental decision that we needed to be more aggressive in both protecting our position and in delineating our differences with those who were attacking us.”

Congressional Republicans counterattacked Thursday. House Minority Leader John Boehner (R-Ohio) said the administration was “targeting those who don’t immediately fall in line” with “Chicago-style politics” aimed at “shutting the American people out and demonizing their opponents.”

Boehner’s No. 2, Minority Whip Eric Cantor (R-Va.) complained that the nation’s problems are growing while the White House “bickers with a cable news network.”

Liberal Democrats have little heartburn over the administration’s attacks on Fox and Limbaugh. But the attacks make moderates uneasy — especially when they extend to the Chamber of Commerce.

While Limbaugh and Fox commentators like Beck make no secret of their dislike for Democrats, the Chamber’s Republican lean is partially counteracted by nominal and financial support for pro-business Democrats who need to win votes from pro-business Republicans. The campaign websites of moderate Democrats from across the country are filled with endorsements from the Chamber of Commerce.

Rep. Brad Ellsworth of Indiana, for example, has this testimonial from a Chamber official on his site: “On issues ranging from lowering taxes to increasing trade, Indiana’s businesses and workers have no better friend than Brad Ellsworth.”

Ellsworth got a $5,000 campaign contribution from the Chamber in the past election.

Rep. Sanford Bishop (D-Ga.), another recipient of a Chamber contribution, said Thursday that he had no intention of stepping into the middle of a fight between the White House and the Chamber, but he did note that he had won an award for his voting record from the national Chamber of Commerce. 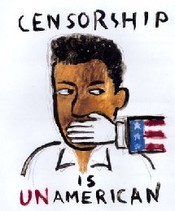 A senior House Democrat, speaking on the condition of anonymity while questioning the wisdom of the White House strategy, said: “I have no problem with [going after] Rush at all. I don’t have much of a problem with Fox. I think the Chamber’s another story.”

The Democrat took issue with Chamber leaders in Washington, who he said “do not do a good job of representing the interests of their members.” But he also acknowledged the benefits the Chamber’s goodwill can confer on certain segments of the caucus.

He said that the White House is trying to “take advantage of the discontent within the Chamber. Several flagship companies, including Apple and PG&E, have cut ties with the Chamber to protest its opposition to the climate change legislation that passed the House earlier this year.

Some Democratic critics of the White House attacks say it may strengthen the relationship between the Chamber and moderate Democrats in Congress, who will fast become the organization’s best hope for addressing its concerns if it is frozen out by the White House.

The decline in Barack Obama's popularity since July has been the steepest of any president at the same stage of...