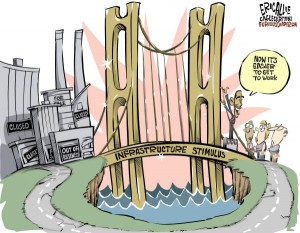 They’re supposed to provide a boost to the economy, but the government’s stimulus programs are having the opposite effect.

In other words, despite losing your job or having your salary reduced, and despite your housing nest egg falling in value, and despite your inability to get a loan, you’ve somehow managed to increase your spending.

Good job. You’ve done your part to improve the nation’s economy. But it begs the question…”How the heck did you
do it?”

New University study shows how to possibly eliminate all of the taxes you would normally have to pay on Social Security income you receive.

Of course, we already know the answer…

Think about the wildly successful “cash for clunkers” program (please note the heavy use of sarcasm). Americans all over the country drove their beat-up, old, paid-off cars into their local dealerships and drove out with brand new, shiny, environmentally friendly automobiles… and a new monthly payment for the next five years.

The program was well intentioned… Let’s help some of the lower-income folks get a new car. Let’s help Detroit get back on its feet. And let’s improve the environment at the same time.

But like so many well-intentioned government ideas, the consequences will be a disaster.

Lower-income Americans, who really can’t afford to take on debt, were motivated by the promise of $4,500 to pay top dollar to upgrade their vehicles and part with a good portion of their income for the next 60 months.

Car salesmen loved the program. There wasn’t much price haggling involved. Since folks were getting paid $4,500 to buy a car, dealers didn’t have much of a problem marking up the sticker price by $4,000 and then offering to throw in the undercoating for free.

The problem with this program will be evident months from now when your local handyman/housekeeper/bank teller/store clerk doesn’t show up for work because his car was repossessed.

This isn’t what an economic recovery is based on.

The biggest mistake, and the one the government seems hell-bent on extending, is the $8,500 first-time homeowner’s credit. It’s supposed to expire November 30, but the geniuses in Washington D.C. will likely extend it… and they’ll likely expand it to include existing homeowners.

This is perhaps the stupidest program ever devised. Let me explain…

My neighbor’s daughter, Marcie, called last weekend to share some terrific news (again, please note the sarcasm). She and her husband had just purchased their first home. It was located in a middle-class suburb about 20 miles east of San Francisco, where the average home sold for about $400,000 back in 2007.

Apparently, two other couples were interested in the house and they were all first-time homebuyers. So Marcie felt she and her husband had to make an offer well above the asking price to be sure they’d close on the house and get the $8,500 credit. In other words, she paid an extra $40,000 in order to get $8,500 from the government.

“Our broker structured the loan so it’s only an extra $150 per month,” she said. “And if we tighten our belts a bit we can still make ends meet.”

The first-time homebuyer’s tax credit allowed Marcie and her husband to buy a house with only a few thousand dollars down. But they paid far more than the asking price and they’ve committed to paying an extra $150 per month for the next 30 years in order to get $8,500 up front.

At first glance, proponents of the “cash for buying houses” program will argue it worked. The idea was to firm up the price of houses. With Marcie and her husband offering $40,000 above asking price, it seems prices have firmed.

Prices will come back to where they should have been originally. Marcie’s house, for which the government motivated her to pay $250,000, will drop back down to $210,000. Marcie, who only has a few thousand dollars in the game and a debt of $230,000 on the home, will start to ask, “Why should I keep paying off a loan on the house that is more than the house is worth?”

She and her husband will walk away. And the banks will be stuck with a loan backed by an asset that isn’t worth the debt owed on it.

Isn’t this what caused the financial crisis last year?

I don’t know. Maybe I’m the one being stupid. Maybe I should take on as much debt as possible. If things work out well, I’ll make a pile of money. And if things go poorly, I can walk away and let the taxpayers, and the taxpayers’ grandchildren, shoulder the bill.

That’s not what my parents taught me. It is, however, what the government thinks is a good idea.

And that’s reason enough to doubt its outcome.

In Case You Missed It:  UPDATE: The Most Likely Reason Japan’s COVID Numbers Are Way Down Since September Is Because They Started Using Ivermectin at that Time
Posted in Financial, Tyranny and tagged Financial, Obama.

A Los Angeles doctor has allegedly found a creative way to speed up his workflow. Levon Tebelekian, 72, is accused...