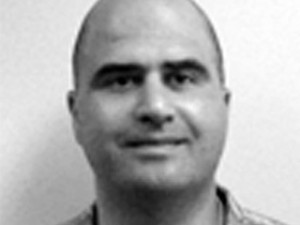 HOUSTON – The Associated Press is reporting that a source has told them the shooting suspect in Thursday’s attacks on the Fort Hood Army Post in Texas is Maj. Nidal Malik Hasan, an Army mental health professional and a Muslim.

The attacks on Ft. Hood left 12 people dead and 31 wounded. Hasan, who military personnel originally thought was dead, is actually alive and in stable condition at a hospital. Officials said the spokesperson there was confusion at the hospital, which led them to believe the suspect died.

According to the AP, a defense official said Hasan was a mental health professional—either an Army psychologist or psychiatrist. It’s not known if he was treating people at the post. He is also know to be a active Muslim and was currently being watched due do internet postings regarding suicide bombings in the Middle East.

The officials had access to Hasan’s military record. They said he received a poor performance evaluation while at Walter Reed.

The officials spoke on condition of anonymity because military records are confidential.

The Virginia-born soldier is single with no children. He is 39 years old. A individual whom worked with Hasan at the Fort Hood psychiatric ward said Hasan was angry about the U.S. involvement in Iraq and Afghanistan. He said, first of all, we should not be over there,’ said Col Terry Lee. He said precisely that maybe the “Muslims should stand up and fight against the U.S aggressors”.

Federal law enforcement officials say Hasan had come to their attention at least six months ago because of Internet postings that discussed suicide bombings and other threats.

The officials say the postings appeared to have been made by Hasan, officials say they are still trying to confirm that he was the author. They say an official investigation was not opened.

One of the Web postings that authorities reviewed is a blog that equates suicide bombers with a soldier throwing himself on a grenade to save the lives of his comrades.

“To say that this soldier committed suicide is inappropriate. Its more appropriate to say he is a brave hero that sacrificed his life for a more noble cause,” said the Internet posting. “Scholars have paralled (sic) this to suicide bombers whose intention, by sacrificing their lives, is to help save Muslims by killing enemy soldiers.”

Todays rampage killed 12 people and left 31 wounded in the worst mass shooting ever at a military base in the United States. Officials were investigating whether Hasan was his birth name or if he may have changed his name, possibly as part of a conversion to Islam. However, they were not certain.

Some interesting notes:
1) The attack was executed the day before the Muslim sabbath.
2) The shooter has a Muslim background.
3) The shooter is a field-grade officer. Officers especially at this level are trained to think of the mission first the men second and self last. The motivation to kill fellow soldiers must have been extreme. That kind of motivation could be provided by religious ideology.
4) The target is symbolic. Striking targets of symbolic significance is another hallmark of terrorist tactics. US soldiers are symbolic of US power.
5) The target soldiers were processing for deployment, to the Middle East. A stated objective of terrorist is to drive the US out of Muslim lands.
6) The attack occurred immediately after the US bombed a village in Afghanistan. Retribution is another hallmark of terrorism.
7) The shooter is psychiatrist. This is someone that knows how to cope with stress. He was not a crazed stressed-out mad-man. This was a calculated act.

Hasan’s brother told reporters he is a “good American”. A “Good American” wouldn’t go on a killing spree on a military installation.

The Media and Whitehouse have they down played the fact that this man Malik Nadal Hasan is a Muslim.

This was a suicide mission and he targeted individual. Looks like he wanted to take out as many as he could.

President Obama didn’t have much to say either, he was to busy to respond on TV. Was this man Hasan an Islamic terrorist traitor deep inside the cover of the US Military?

In Case You Missed It:  Woke Pro-Vaccine Army Sergeant Wants You to Know She’s Ready and Willing to Shoot You When Martial Law Is Declared
Posted in Terrorism, Tyranny and tagged Fort Hood, Hasan, Islam, Military, Obama, Terrorism.

The Stupidest Government Program Ever

They're supposed to provide a boost to the economy, but the government's stimulus programs are having the opposite effect. The...