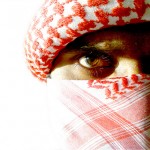 Major Nidal Malik Hasan worshipped at a mosque led by a radical imam said to be a “spiritual adviser” to three of the hijackers who attacked America on Sept 11, 2001.

Hasan, the sole suspect in the massacre of 13 fellow US soldiers in Texas, attended the controversial Dar al-Hijrah mosque in Great Falls, Virginia, in 2001 at the same time as two of the September 11 terrorists, The Sunday Telegraph has learnt. His mother’s funeral was held there in May that year.

The preacher at the time was Anwar al-Awlaki, an American-born Yemeni scholar who was banned from addressing a meeting in London by video link in August because he is accused of supporting attacks on British troops and backing terrorist organisations. 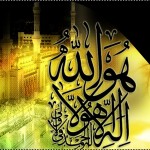 Hasan’s eyes “lit up” when he mentioned his deep respect for al-Awlaki’s teachings, according to a fellow Muslim officer at the Fort Hood base in Texas, the scene of Thursday’s horrific shooting spree.

As investigators look at Hasan’s motives and mindset, his attendance at the mosque could be an important piece of the jigsaw. Al-Awlaki moved to Dar al-Hijrah as imam in January, 2001, from the west coast, and three months later the September 11 hijackers Nawaf al-Hamzi and Hani Hanjour began attending his services. A third hijacker attended his services in California.

Hasan was praying at Dar al-Hijrah at about the same time, and the FBI will now want to investigate whether he met the two terrorists.

Islamic Terrorist Nidal Malik Hasan, , once gave a lecture to other doctors in which he said non-believers should be beheaded and have boiling oil poured down their throats.

He also told colleagues at America’s top military hospital that non-Muslims were infidels condemned to hell who should be set on fire. The outburst came during an hour-long talk Hasan, an Army psychiatrist, gave on the Koran in front of dozens of other doctors at Walter Reed Army Medical Centre in Washington DC, where he worked for six years before arriving at Fort Hood in July.

Colleagues had expected a discussion on a medical issue but were instead given an extremist interpretation of the Koran, which Hasan appeared to believe.

It was the latest in a series of “red flags” about his state of mind that have emerged since the massacre at Fort Hood, America’s largest military installation, on Thursday.

Fellow doctors have recounted how they were repeatedly harangued by Hasan about religion and that he openly claimed to be a “Muslim first and American second. 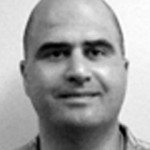 One of Hasan’s neighbours described how on the day of the massacre, about 9am, he gave her a Koran and told her: “I’m going to do good work for God” before leaving for the base.

Asked if military authorities had missed warning signs Gen Casey, the Army’s Chief of Staff, added: “We have to go back and look at ourselves ,and ask ourselves the hard questions. Are we doing the right things? What we will learn from this is that liberal political correctness lead to the death of these innocents, and allowed a terrorist to infiltrate our military and kill our solders.

By: Tawfik Hamid An army psychiatrist's alleged slaughter of 13 people and wounding of another 30 at Fort Hood, Texas,...