Denmark has increased by tenfold the amount of money offered to immigrants who return home permanently to 100,000 kroner ($20,000), officials said on Monday. 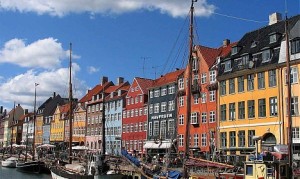 The centre-Right minority government reached an agreement with its key ally, the far-Right Danish People’s Party (DPP), on the issue late on Sunday as part of their 2010 budget negotiations.

A financial incentive of 11,000 kroner had until now been offered to immigrants to resettle back to their country of origin.

The program is aimed at immigrants from outside the European Union and Nordic countries, DPP deputy leader Peter Skaarup told AFP.

“It in practice targets those nationals from non-Western countries who are struggling to adapt to Danish society and who would be tempted by a fairly significant sum to go back home forever,” he said.

Mr Skaarup said those taking up the offer would receive 11,000 kroner up front.

The remainder of the 100,000 kroner would be paid out once they surrendered their Danish residency permits, he added.

The agreement also calls for 20 million kroner in aid to city councils in charge of integrating immigrants, to help them “motivate” foreigners to return home.

According to the refugee, immigrant and integration ministry, some 2,524 people have voluntarily left Denmark since 1997, when the repatriation programme was introduced.

Most of them were from the former Yugoslavia, Iraq, Iran, Lebanon, Somalia and Turkey.

Immigrants represent 7.3 per cent of Denmark’s population of 5.5 million, including 4.5 per cent from non-Western countries.

In Case You Missed It:  The geoengineering KILL SWITCH has been activated for the entire planet
Posted in Freedoms and tagged Denmark, Illegal Immigration, Immigration.

FedSpeak Translation – There Is No Recovery