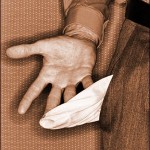 Writing in the The Weekly Standard, Stelzer explains that the administration is flirting with such things as a 60 percent rate on the incremental income of high earners.

This tax increase will be rationalized, and described in euphemistic language.

In the case of Congressmen searching desperately for a way to fund Obama’s $1 trillion health care plan, a millionaire’s tax on the order of a 5 percent surcharge on the taxes of anyone earning that sum, writes Stelzer.

This is in part a reaction to extreme supply-siders who persuaded Republican politicians that any and all tax cuts actually produce more revenue.

Therefore, appropriating a larger portion of national income for the state will not affect the growth rate, they conclude, writes Stelzer.

Not that these economists have a good track record of prognostication.

The American magazine, published by the American Enterprise Institute, reckons that the reason that unemployment is continuing to climb is that the stimulus funds requested by the administration did not even target high-unemployment states.

In Case You Missed It:  Former FBI Deputy Asst. Director: We May Have Highest Level of Government Penetrated by Chinese Agents… The Revolution Is Here – Communist Revolution (VIDEO)
Posted in Financial, Tyranny and tagged Congress, Healthcare, Obama, Taxation.

Denmark has increased by tenfold the amount of money offered to immigrants who return home permanently to 100,000 kroner ($20,000),...