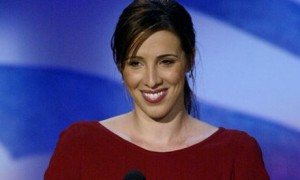 LOS ANGELES (AP) — The daughter of Sen. John Kerry has been arrested in Hollywood for allegedly driving drunk.

Los Angeles police say 36-year-old Alexandra Kerry was stopped by officers on a Hollywood street at about 12:40 a.m. Thursday and tested positive for driving under the influence.

Officer Bruce Borihanh says she was booked at the Hollywood police station and was held for about five hours. She was released at about 5:30 a.m. after posting $5,000 bail.

Borihanh didn’t immediately have other details.

Alexandra Kerry is the eldest daughter of the Massachusetts senator, the Democrats’ 2004 presidential nominee.

She has produced documentaries and has had several small acting roles.

Requests for comment from Alexandra Kerry’s agent and John Kerry’s office were not immediately returned.

A new report entitled “The Disappearance, Forced Conversions, and Forced Marriages of Coptic Christian Women in Egypt” has been released...