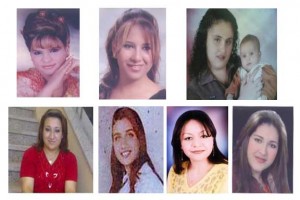 “Reports of Muslim men abducting and forcibly marrying and converting Coptic Christian women and girls have filtered out of Egypt with increasing frequency over the past decade. The emerging patterns of force, fraud and coercion correspond to definitions of human trafficking used by the United Nations and the U.S. Department of State., with the UN identifying it as a ‘crime against humanity’.1 These violations of fundamental human rights appear to be encouraged by the prevalence of cultural norms in Egypt – often rooted in Islamic traditions – that legitimize violence against women and non-Muslims. They appear to be further abetted by the tacit complicity of the government as evidenced by its lack of willingness to thoroughly investigate allegations of rape, abduction and abuse or to reinstate policies designed to protect Egyptians from coerced conversion by educating potential converts of the full implications of conversion.”

“Details of trafficking cases involving Copts often reach the West through desperately worried relatives of victims. When the Egyptian police fail to find and return (or often even search for) victims of abduction, forced marriage and conversion, some relatives summon the courage to release information and photos to Coptic human rights organizations in the diaspora.”

“The violent abuse of Coptic women and girls in connection with forced marriage and conversion is not altogether new. The Patriarch of the Coptic Orthodox Church, Pope Shenouda III, protested against this phenomenon in 1976, declaring: ‘There is pressure being practiced to convert Coptic girls to Islam and marry them under terror to Muslim husbands.’2 But the issue has now reached boiling point within Egypt’s Coptic community.”

‘It is the question of the alleged conversion and forced marriage of Coptic girls to Muslim men that elicits the greatest passions. In July [2009] alone three separate incidents received much publicity in the press. Pharmaceuticals student Rania Tawfik Asaad was ostensibly abducted in Giza and forced to marry a Muslim. Two other cases, those of Marian Bishai, Amira Morgan and Injy Basta, also hit the headlines.’3 ”

“Despite the accumulation of substantial evidence and the expressions of concern by the most senior leader of the Coptic community, this aspect of human trafficking has scarcely been acknowledged by the world’s most powerful human rights institutions, including those dedicated to the issue of trafficking in persons. The Coptic Foundation for Human Rights and Christian Solidarity International (CSI) therefore commissioned an anti-trafficking specialist, Michele Clark, and a Coptic women’s rights advocate, Nadia Ghaly, to undertake an investigation of allegations surrounding the abductions and forced marriages and conversions to Islam in Egypt. They performed outstanding pioneering work, interviewing victims, their relatives, lawyers, priests and other Coptic community leaders.”

“This report documents dozens of specific cases and demonstrates consistent patterns used by the perpetrators, their victims, government and law enforcement, and members of Egypt’s faith communities. The report concludes with a valuable set of practical and critical recommendations for the Coptic community, the Government of Egypt and the international community. The findings of Ms. Ghaly and Ms. Clark are deeply disturbing, and should challenge human rights activists and institutions, especially those whose mandate includes women’s rights and trafficking in persons, to undertake, as a matter of urgency, further research into this form of gender and religious based violence against Coptic women and girls in Egypt.”

From VirtualJerusalem.com: Responding to a rocket attack on southern Israel on Wednesday, the Israeli air force struck deep in Gaza...