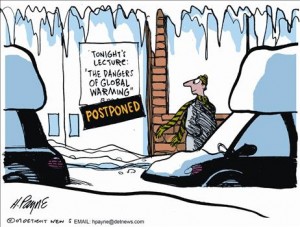 Boxer, the top Democrat on the Senate Environment and Public Works Committee, said that the recently released e-mails, showing scientists overstating the case for climate change, should be treated as a crime. She makes no mention of the actual crime of false information given in regards to Global Warming from Climategate.

“You call it ‘Climategate’; I call it ‘E-mail-theft-gate,'” she said during a committee meeting. “Whatever it is, the main issue is, Are we facing global warming or are we not? I’m looking at these e-mails, that, even though they were stolen, are now out in the public for all the see.”

The e-mails, from scientists at the University of East Anglia, were obtained through hacking. The messages showed the director of the university’s Climate Research Unit discussing ways to strengthen the unit’s case for global warming. Climate change skeptics have seized on the e-mails, arguing that they demonstrate manipulation in environmental science.

Boxer said her committee may hold hearings into the matter as its top Republican, Sen. James Inhofe (Okla.), has asked for, but that a criminal probe would be part of any such hearings. Will they give the climate e-mailers whom lied a free pass and go after the hackers?

“This is a crime,” Boxer said. In regards to the hackers, she appears to have no problem with the distortions in the emails themselves.

Fitting, Ms Boxer is worried about how the emails made it into the public view, never mind the U.S. was ready to spend trillions to solve a problem which is a hoax. What about the hacked Sarah Palin emails? Did she complain about that, of course not.

Enough is enough. We're calling for the Impeachment of Barack Hussein Obama. And if you agree, you can join...