The Speaker of the Danish Parliament has issued a damning criticism of the climate debate, saying politicians gullibly turn theories into facts. 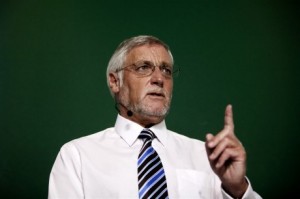 As the world prepares to converge on Copenhagen for the COP15 Climate Summit, Denmark’s Speaker of Parliament has expressed serious doubts as to the way in which the climate debate has developed.

“The problem is that lots of people go around saying that the climate change we see is a result of human activity. That is a very dangerous claim,” Parliamentary Speaker and former Finance Minister Thor Pedersen (Lib) tells DR.

“Unfortunately I seem to experience that scientists say: ‘We have a theory’ – then that crosses the road to the politicians who say: ‘We know’. Who can be bothered to hear a scientist who says ‘I have a theory’ when politicians go around saying ‘I know’” Thor Pedersen says

Thor Pedersen adds that the temperature has not risen in the past decade.

“I’m not saying that in the decade that the temperature has fallen or stagnated is enough to evaluate developments. But one should only say what one knows,” the Speaker adds.

“You should say that although we believed in our models, that the temperature would rise from 1998 to 2008, we have to admit that it has not risen. We cannot explain why it has not risen, but we believe we still have a problem. I’m just asking that people say what they actually know,” Pedersen tells DR.

Pedersen says that a major challenge is how to ensure energy and food to cater for the major population growth the world will be experiencing, and that the COP15 Climate Summit could result in an agreement that reduces the pressure on the Earth.

“We should all shake hands and agree to do everything possible to create good living conditions. That has nothing to do with the climate debate, in which we try to determine the globe’s temperature. It is common sense,” Thor Pedersen says in his interview with DR.

While the big gun media and American Secret Service are out there investigating “party crashers” Tareq and Michaele Salahi, no...