A short drive from the windswept North Sea coast of England, the Climatic Research Unit occupies a squat, weather-beaten grey concrete building on the campus of the University of East Anglia. 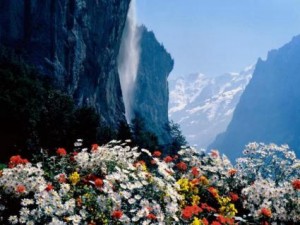 Now the pirating of thousands of e-mail messages from within its walls has revealed a dangerous bunker mentality among the scientists who guarded those records and a data-fudging scandal that has created a crisis of confidence in global-warming science that is threatening to destroy the political consensus around next week’s carbon-policy summit in Copenhagen.

Said one scientist working at the institute: “It wouldn’t be an exaggeration to say that this has set the climate-change debate back 20 years.”

The crisis intensified yesterday as the head of the UN’s Intergovernmental Panel on Climate Change, the main scientific and political authority on global warming, announced an investigation into the university’s practices and the reliability of the findings that have underpinned the UN’s climate-change conclusions. The university has launched its own inquiry and on Wednesday ordered the CRU’s embattled head, Phil Jones, to step down until it is complete.

On a political level, coming on the eve of the Copenhagen summit, the controversy has been catastrophic: In the last few days, it has prompted opposition politicians in the United States, Britain and Australia to argue that human-caused global warming is a myth.

Saudi Arabian officials now say that they will argue in Copenhagen that carbon-emission controls are pointless because the CRU scandal has nullified any evidence of human-caused atmospheric temperature increase.

The reports the CRU produced from its now-controversial data were the main source of the UN’s key global-warming document, the IPCC’s report of 2007, which concluded that “warming of the climate system is unequivocal” and that “most” of the global temperature increase since the mid-20th century has been caused by human activity – a conclusion, still supported by the majority of atmospheric scientists, that most governments adopted as the basis of their carbon-emissions policy.

That consensus has been shaken by hundreds of pages of messages, apparently stolen from the lab’s servers, which have been interpreted as suggesting that the scientists at the CRU manipulated data to make it deliver a more dramatic message about the human contribution to global warming, destroyed data files that did not support their hypothesis, and tried to prevent critics within the scientific community from having access to their raw information and methods.

Unusually, even sympathetic scientists and some activists have concluded that the credibility of climate science has been seriously harmed.

“We should not underestimate the damage caused by what has happened, either for the science or for the politics of climate change, and potentially it could have some very far-reaching consequences,” said Mike Hulme, a climate scientist at East Anglia whose e-mails were among those included in the pirated files and who has been critical of the secrecy and lack of impartiality in his colleagues’ work.

Some liberal scientists are quick to point out that the actions described in the e-mails do not describe anything like a fabrication of global-warming evidence, and that two other major sets of historical data drawn from the same sources, both held by NASA institutions in the United States, also show a historical warming trend they claim.

That has not stopped conservative politicians in Western countries from using the scandal to dramatic effect: Yesterday, a group of Hollywood conservatives launched a campaign to revoke the Academy Award given to Al Gore, the former vice-president and a carbon-cap advocate, for his climate documentary An Inconvenient Truth.

But perhaps more important than the ammunition the CRU affair has given to conspiracy theorists is what it has revealed about the awkward role scientists have come to play in the heated world of climate policy.

“I think there is a serious problem with the way scientists are used, and the way they position themselves, in climate-policy debates,” Prof. Hulme said. “Wherever you look around climate change, people are bringing their ideologies, beliefs and values to bear on the science.”

The CRU files, apparently hacked or leaked from the institute’s server, began appearing on websites on Nov. 17, and reached the attention of climate-skeptic groups and the media two days later.

The most contentious e-mail was written by Prof. Jones, the director of the CRU, who wrote to colleagues in 1999, as they studied measurements of Siberian tree rings, which scientists have long realized do not reflect local temperature changes after 1961: “I’ve just completed Mike’s trick of adding in the real temps to each series for the last 20 years (i.e. from 1981 onwards) and from 1961 to hide the decline.”

While it seems clear that he is using “trick” to refer to a change in algorithm to remove the nonsensical data after 1961 and “decline” may refer to the quality of the data, the phrase has led some of the more extreme critics to conclude that a data-shaping plot was at work.

Referring to weather data from the last decade, another scientist wrote: “The fact is that we can’t account for the lack of warming at the moment and it is a travesty that we can’t.”

While such insinuations of poor scientific practice have drawn the most attention, more damaging for climate scientists are e-mails which reveal the hostile, partisan, bunker-like atmosphere at the lab, which goes to ridiculous lengths to prevent even moderate critics from seeing any of the raw data.

In one e-mail, Prof. Jones wrote that climate skeptics “have been after the CRU station data for years. If they ever hear there is a Freedom of Information Act now in the UK, I think I’ll delete the file rather than send it to anyone.”

As it happens, Prof. Jones admitted earlier this year that he “accidentally” deleted some of the CRU’s raw-data files, material that the centre says amounts to about 5 per cent of its collection.

Prof. Jones wrote of efforts to deter skeptics from having access to data: “We will keep them out somehow – even if we have to redefine what the peer-review literature is!” In another, he asks that several of his colleagues “delete any e-mails” about their work on the IPCC’s 2007 report.

That sort of language has led many people, including climate scientists, to worry that the scientific findings of the centre have been undermined by scientists who see themselves as activists trying to prove a case rather than impartial arbiters of scientific fact.

As the political fallout escalated yesterday, it became apparent that it may take some time for climate scientists to repair their collective reputation.

In Australia, 10 shadow ministers in the opposition Liberal Party resigned in the wake of the revelations, in protest against their party’s support for Australia’s carbon-reduction bill.

In the United States, Republican Congressman James Sensenbrenner, leader of a climate-skeptic caucus, declared that the e-mails “call into question the whole science of climate change” and pledged to resist any climate bill.

And Saudi Arabia, the world’s largest oil producer, announced that the e-mail leaks provide sufficient proof that climate change is not man-made that there should be no policy resulting from the Dec. 7-18 Copenhagen summit, in which the world’s nations will try to negotiate a successor to the Kyoto Protocol.

“It appears from the details of the scandal that there is no relationship whatsoever between human activities and climate change,” said Mohammad al-Sabban, the head of the Saudi Arabian delegation. “Climate is changing for thousands of years, but for natural and not human-induced reasons.”

While some climate scientists have taken a defensive posture, the crisis has led a number of others to conclude that their approach to the subject needs to change.

Prof. Hulme leads a group of CRU scientists who believe that the extraordinary political importance placed on their research, and the activist, ideological way that research has been used by the IPCC, has put scientists in the position of being the authors of policy – a position that distorts the role of science in society.

“If we simply believe that science dictates policy, then I’m afraid we’re living in an unreal world,” Prof. Hulme said. “If people are arguing that science policy should flow seamlessly from the science, then science becomes a battleground, where people start saying that we must get the science on our side. We have lost an openness and a transparency that leads to good science.” 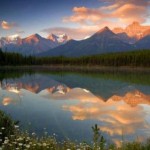 Prof. Hulme is one of several scientists calling for the raw data of climate-change research to be made available to everyone, including climate-change skeptics, on the Internet. That, he says, would allow genuine research to proceed unhindered. Some of his colleagues also say the IPCC now does more harm than good and should be disbanded.

That position has led some of his colleagues to attack him. This week, several said in Internet posts that such transparency would be unworkable because the matter of climate is too urgent and the stakes too high to allow skeptics to have any influence on policy.

That, Prof. Hulme said, is exactly the attitude that led to the sort of questionable practices chronicled in the CRU e-mails

In Case You Missed It:  After repeatedly denying the existence of Ukrainian biolabs, Pentagon finally admits to running 46 of them
Posted in Freedoms and tagged Global Warming.

Vince Veneziani- Japan denies it, but rumors persist that the country may dump Treasuries. Bloomberg continues to fan the flames....