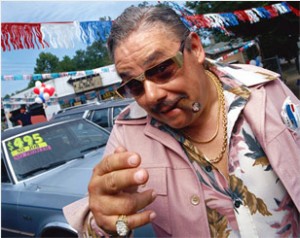 Being a member of Congress rates as the least ethical and honest professions – faring worse than car salesmen by 4 percent – according to a new Gallup poll out Wednesday.

In a poll ranking how Americans view the honesty and ethical standards of 21 professions, Congressmen were rated as having a “low/very low” ethical standards by 55 percent of 1,017 adults across the nation. Only 9 percent said members of Congress have “high/very high” standards, while 35 percent gave the lawmakers an “average” rating.

Car salesmen were the only other professionals to get a “low/very low” rating by at least 50 percent of respondents, receiving 51 percent.

Nurses ranked as the most respected profession with an 83 percent positive rating. Following nurses were pharmacists at 66 percent, doctors at 65 percent, police officers at 63 percent and engineers, who received a 62 percent “high/very high” rating.

Governors were the only other political job polled, and ranked much higher than lawmakers in Washington. Only 15 percent said they had a “high/very high” opinion of governors, but 48 percent gave governors an “average” rating while 35 percent rated them as “low/very low.”

PC-Free Thoughts on the Muslim Response to Fort Hood