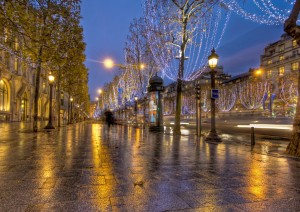 When Laure Cuccarolo went into early labor on a recent Sunday night in a village in southern France, her only choice was to ask the local fire brigade to whisk her to a hospital 30 miles away. A closer one had been shuttered by cost cuts in France’s universal health system.

Doctors, trade unions and others have called national protests against French health-care cutbacks this year. One petition signed by prominent physicians said they feared the intent of the reform was to turn health care into a ‘lucrative business’ rather than a public service.

Ms. Cuccarolo’s little girl was born in a firetruck.

France claims it long ago achieved much of what today’s U.S. health-care overhaul is seeking: It covers everyone, and provides what supporters say is high-quality care. But soaring costs are pushing the system into crisis. The result: As Congress fights over whether America should be more like France, the French government is trying to borrow U.S. tactics.

In recent months, France imposed American-style “co-pays” on patients to try to throttle back prescription-drug costs and forced state hospitals to crack down on expenses. “A hospital doesn’t need to be money-losing to provide good-quality treatment,” President Nicolas Sarkozy thundered in a recent speech to doctors.

And service cuts — such as the closure of a maternity ward near Ms. Cuccarolo’s home — are prompting complaints from patients, doctors and nurses that care is being rationed. That concern echos worries among some Americans that the U.S. changes could lead to rationing.

French taxpayers fund a state health insurer, Assurance Maladie, proportionally to their income, and patients get treatment even if they can’t pay for it. France spends 11% of national output on health services, compared with 17% in the U.S., and routinely outranks the U.S. in infant mortality and some other health measures.

The problem is that Assurance Maladie has been in the red since 1989. This year the annual shortfall is expected to reach €9.4 billion ($13.5 billion), and €15 billion in 2010, or roughly 10% of its budget. DOUBLING EXPECTED COSTS

France’s woes provide grist to critics of Mr. Obama and the Democrats’ vision of a new public health plan to compete with private health insurers. Republicans argue that tens of millions of Americans would leave their employer-provided coverage for the cheaper, public option, bankrupting the federal government.

Democrats plan to allow the government's debt to swell by nearly $2 trillion as part of a bill next week...