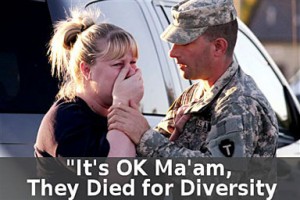 by Paul L. Williams of thelastcrusade.org
Rep. Pete Hoekstra (R-Mich.), ranking member of the House Permanent Select Committee on Intelligence, is charging the Obama administration with stalling to provide information to the leaders of the House and Senate and the congressional intelligence committees on the multiple murders committed by a radical Muslim Army officer at Fort Hood more than a month ago.

The congressional leaders, Mr. Hoekstra maintains, have received no detailed, substantive briefing on the event and what is known about its perpetrator.

“We’re going home next week, (and) they will have effectively made it through three months with giving no substantive briefings on Fort Hood,” the congressman says.

The position of President Obama, Mr. Hoekstra insists, violates the Constitution which holds that the administration must “ensure that the congressional intelligence committees are kept fully and currently informed of the intelligence activities of the United States.”The committees, according to Mr. Hoekstra, have only received “a scripted presentation where most of the questions were answered with, ‘We don’t know,’ ‘We’re checking into that,’ ‘We’ll get back to you,’ ‘Let us finish our initial investigation here.’…‘We don’t want to jeopardize any criminal prosecutions,’ and all those kinds of things.”

On November 5, U.S. Army Major Nidal Malik Hasan, a psychiatrist in the Army Medical Corps, screamed “Allahu akbar!” and proceeded to open fire in a facility on the Fort Hood military base in Texas, killing 13, including one civilian, and injuring 30 more.

It was later discovered that U.S. intelligence agencies knew Hasan had been communicating with a radical imam, Anwar al-Aulaqi, who had fled the United States and was believed to be operating a radical jihadist website out of Yemen.

Hoekstra, who has been asking for more information on Hasan and the murders at Fort Hood since he wrote a November 9 letter to Director of National Intelligence Dennis Blair and the heads of each intelligence agency, says the Obama administration has not been transparent.”

In Case You Missed It:  Old Clips Of Mister Rogers Talking About Kids And Gender Are Triggering People On The Left (VIDEO)
Posted in Terrorism, Tyranny and tagged Obama, Terrorism.

by Ayesha Ahmed- If Islam with it’s terrorist founder/ role model and long bloody history gets all the fringe benefits...