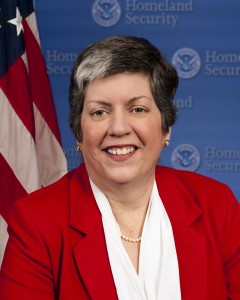 DHS Secretary Janet Napolitano said that the thwarting of the attempt to blow up the Amsterdam-Detroit flight this week demonstrated that “the system worked.”

Asked by CNN’s Candy Crowley on “State of the Union” how that could be possible when the young Nigerian who sought to set off the bomb was able to smuggle explosive liquid onto the flight, Napolitano responded: “We’re asking the same questions.”

I suppose one can make that argument — if one assumes that the system includes allowing a man included on a watch list onto an airplane, allowing his visa to remain in force even after his own father informs the US that he’s become a radical jihadi, assuming that any explosive said terrorist will smuggle onto the plane will fizzle out, and that only quick thinking by the other passengers on the plane kept the jihadi from trying it again while he barbecued his crotch.

Is that the actual system we put in place after 9/11? Because if it is, a lot of heads need to roll, starting with the woman who believes that this near-miss represents a validation of the system. Most of us would prefer to keep the known radical Islamist terrorists off the plane in the first place. 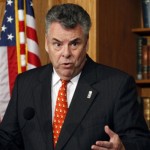 “The fact is the system did not work, and we have to find a bipartisan way to fix it. He made it on the plane with explosives and detonated the explosive,” King said on CBS’s “Face the Nation.” “If that had been successful, the plane would have come down and we would have had a Christmas Day massacre with almost 300 people murdered.”

King, the ranking Republican on the House Homeland Security Committee, also said that the Obama administration hasn’t done enough in raising awareness of the risks of Islamic terrorism – a point echoed by his House Republican colleague, Rep. Pete Hoekstra (R-Mich.).

“It’s important for the president or the secretary to be more out there and reminding people just how real this threat was and how deadly it is,” Kind said. “For the first three months of this administration, they refused to use the word terrorism.”

King’s response will likely get bipartisan support. It will be interesting to see how long Napolitano lasts — especially since she was on the hot seat with both Republicans and Democrats over her right-wing domestic terrorism assessment earlier this year.

In Case You Missed It:  Canada's health minister says you will NEVER be "fully vaccinated" against covid, no matter how many vaccines you take
Posted in Freedoms, Terrorism and tagged al-Qaida, Napolitano, Terrorism.

William M. Daley- The announcement by Alabama Rep. Parker Griffith that he is switching to the Republican Party is just...