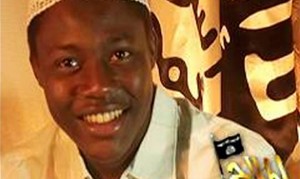 Abu Bakr al-Qirbi appealed for more help from the international community to help to train and equip counter-terrorist forces.

His plea came after an al-Qaeda group based in Yemen claimed responsibility for the failed Christmas Day airliner bomb plot.

Umar Farouk Abdulmutallab, alleged to be behind the attempt to blow up an American-bound aircraft, spent time in Yemen with al-Qaeda and was in the country only days before the failed attack.

Dr al-Qirbi said: “Of course there are a number of al-Qaeda operatives in Yemen and some of their leaders. We realise this danger.

“They may actually plan attacks like the one we have just had in Detroit. There are maybe hundreds of them — 200, 300.”

Dr al-Qirbi said it was the “responsibility” of countries with strong intelligence capabilities to warn states such as Yemen about the movements of terror suspects.

The United States, Britain and the European Union could do a lot to improve Yemen’s response to militants on its own soil, he added.

“We have to work in a very joint fashion in partnership to combat terrorism,” he said. “If we do, the problem will be brought under control.

“There is support, but I must say it is inadequate. We need more training, we have to expand our counter-terrorism units and provide them with equipment and transportation like helicopters.”

Mr Abdulmutallab is said to have told US agents that there were more people “just like him” ready to carry out attacks.

An al-Qaeda group based in Yemen claimed responsibility yesterday for the failed attempt to bring down Northwest Airlines Flight 253 over Detroit as US President Barack Obama pledged to hunt down the plotters.

The American government pictures show the singed underwear with a six-inch packet of a high explosive called PETN sewn into the crotch, the US network reported.

Mr Abdulmutallab was reported to be carrying about 80g of PETN, more than one-and-a-half times the amount carried by Richard Reid, the “shoe bomber”, in 2001 and enough to blow a hole in the side of an aircraft.

Mr Abdulmutallab’s former tutors at University College London, where he was a student between 2005 and 2008, described him as “well-mannered, quietly spoken, polite and able” and said that he never gave any cause for concern. He was president of the institution’s Islamic society between 2006 and 2007.

Nigerian-born Mr Abdulmutallab is being held at a federal prison in Michigan on a charge of trying to destroy an aircraft.

He apparently wrote of his loneliness and struggle between liberalism and Islamic extremism in a series of postings on Facebook and in Islamic chatrooms, The Washington Post reported today.

In January 2005, when he was attending boarding school, he wrote: “I have no one to speak too. No one to consult, no one to support me and I feel depressed and lonely. I do not know what to do. And then I think this loneliness leads me to other problems.”

Alan Johnson, the Home Secretary, said it was unlikely that Mr Abdulmutallab acted alone and revealed that he was banned from entering Britain and placed on a “watch list” this year.

Mr Johnson said that the alleged terrorist was refused a new visa and had been monitored since May after applying for a bogus course.

Nobel laureate economist Paul Krugman says the economy may suffer another contraction next year. “It’s a reasonably high chance, (though)...