Barney Frank’s decision to ‘roll the dice’ on subsidized housing is becoming an epic disaster for taxpayers. 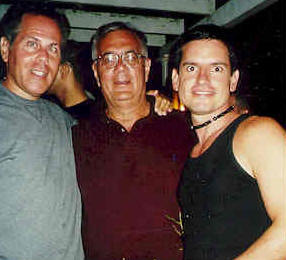 PETER J. WALLISON On Christmas Eve, when most Americans’ minds were on other things, the Treasury Department announced that it was removing the $400 billion cap from what the administration believes will be necessary to keep Fannie Mae and Freddie Mac solvent (this is a NEW license to steal trillions MORE from the taxpayer in an effort to sustain dead companies). This action confirms that the decade-long congressional failure to more closely regulate these two government-sponsored enterprises (GSEs) will rank for U.S. taxpayers as one of the worst policy disasters in our history.

Fannie and Freddie’s congressional sponsors—some of whom are now leading the administration’s effort to “reform” the financial system—have a lot to answer for. Rep. Barney Frank (D., Mass.), chairman of the House Financial Services Committee, sponsored legislation adopted in 2008 that established a new regulatory structure for the GSEs. But by then it was far too late. The GSEs had begun buying risky loans in 1993 to meet the “affordable housing” requirements established under congressional direction by the Department of Housing and Urban Development (HUD).

Most of the damage was done from 2005 through 2007, when Fannie and Freddie were binging on risky mortgages. Back then, Mr. Frank was the bartender, denying that there was any cause for concern, and claiming that he wanted to “roll the dice” on subsidized housing support.

In 2005, the Senate Banking Committee, then controlled by Republicans, adopted tough regulatory legislation that would have established more auditing and oversight of the two agencies. But it was passed out of committee on a partisan vote, and with no Democratic support it never came to a vote.

By the end of 2008, Fannie and Freddie held or guaranteed approximately 10 million subprime and Alt-A mortgages and mortgage-backed securities (MBS)—risky loans with a total principal balance of $1.6 trillion. These are now defaulting at unprecedented rates, accounting for both their 2008 insolvency and their growing losses today (let them die already…). Since 2008, under government control, the two agencies have continued to buy dicey mortgages in order to stabilize housing prices.

There is more to this ugly situation. New research by Edward Pinto, a former chief credit officer for Fannie Mae and a housing expert, has found that from the time Fannie and Freddie began buying risky loans as early as 1993, they routinely misrepresented the mortgages they were acquiring, reporting them as prime when they had characteristics that made them clearly subprime or Alt-A.

In general, a subprime mortgage refers to the credit of the borrower. A FICO score of less than 660 is the dividing line between prime and subprime, but Fannie and Freddie were reporting these mortgages as prime, according to Mr. Pinto. Fannie has admitted this in a third-quarter 10-Q report in 2008.

An Alt-A mortgage is one in which the quality of the mortgage or the underwriting was deficient; it might lack adequate documentation, have a low or no down payment, or in some other way be more likely than a prime mortgage to default. Fannie and Freddie were also reporting these mortgages as prime, according to Mr. Pinto.

It is easy to see how this misrepresentation was a principal cause of the financial crisis.

Market observers, rating agencies and investors were unaware of the number of subprime and Alt-A mortgages infecting the financial system in late 2006 and early 2007. Of the 26 million subprime and Alt-A loans outstanding in 2008, 10 million were held or guaranteed by Fannie and Freddie, 5.2 million by other government agencies, and 1.4 million were on the books of the four largest U.S. banks.

In addition, about 7.7 million subprime and Alt-A housing loans were in mortgage pools supporting MBS issued by Wall Street banks—which had long before been driven out of the prime market by Fannie and Freddie’s government-backed, low-cost funding. The vast majority of these MBS were rated AAA, because the rating agencies’ models assumed that the losses that are incurred by subprime and Alt-A loans would be within the historical range for the number of high-risk loans known to be outstanding.

But because of Fannie and Freddie’s mislabeling, there were millions more high-risk loans outstanding. That meant default rates as well as the actual losses after foreclosure were going to be outside all prior experience. When these rates began to show up early in 2007, it was apparent something was seriously wrong with assumptions on which AAA ratings had been based.

Losses, it was now certain, would invade the AAA tranches of the mortgage-backed securities outstanding. Investors, having lost confidence in the ratings, fled the MBS market and ultimately the market for all asset-backed securities. They have not yet returned. Nor will they return until the system is purged of toxic assets and dead companies. Securitization, in a historic sense, is dead.

By the end of 2007, the MBS market collapsed entirely. Assets once carried at par on financial institutions’ balance sheets could not be sold except at distress prices. This raised questions about the stability and even the solvency of most of the world’s largest financial institutions. Yet these assets are being held on bank balance sheets at par. Pure fantasy and this is why nothing has changed in the banking/lending industry

The first major victim was Bear Stearns, the smallest of the five major Wall Street investment banks but one invested heavily in risky MBS. The government rescue of Bear Stearns in March 2008 signaled that the U.S. government, and perhaps others, would stand behind other large financial institutions. The moral hazard this engendered was deadly when Lehman Brothers’ solvency came under challenge. Spreads in the credit default swap market for Lehman, despite massive short-selling, showed very little alarm by investors until just before the fateful weekend of Sept. 13 and 14, when they blew out on fears that the firm might not be rescued.

By that time it was too late for Lehman’s counterparties to take the protective action that might have cushioned the shock. As it turned out, however, none of Lehman’s largest counterparties failed—so much for the idea that the financial market is “interconnected”(empirical proof (which trumps their “theoretical” ascertains) that Bernanke’s and Geithner’s “alibi” for the bailouts is yet more fantasy)—but all market participants now realized they had to know the true financial condition of their counterparties. The result was a freeze-up in interbank lending.

For most people, that freeze-up is the beginning of the financial crisis. But its roots go back to 1993, when Fannie and Freddie began stocking up on subprime and other risky loans while reporting them as prime.

Why Fannie and Freddie did this is still to be determined. But the leading candidate is certainly HUD’s affordable housing regulations, which by 2007 required that 55% of all the loans the agencies acquired had to be made to borrowers at or below the median income, with almost half of these required to be low-income borrowers.

Another likely reason for Fannie and Freddie’s mislabeling of mortgages was their desire to retain congressional support by “rolling the dice” while making believe they weren’t betting. With the Federal Housing Administration, Wall Street investment banks, and Fannie and Freddie all competing for these loans, the bottom of the barrel had long before been scraped and the financial system set up for a crisis.

A body scanner at Amsterdam's Schiphol Airport would not necessarily have detected the explosives which the would-be syringe bomber, Umar...