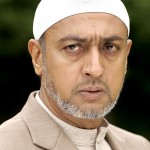 Americans must get comfortable with so-called “profiling” if the nation is going to effectively wage war against Islamic terrorism, former House Speaker Newt Gingrich said Wednesday.

In an op-ed for the conservative Human Events magazine, the Georgia Republican wrote that the U.S. for years has shied away from profiling for radical Islamic terrorists because of “political correctness” that has prevented “honesty” from guiding anti-terror policy, the Hill reported.

“It is time to know more about would-be terrorists, to profile for terrorists and to actively discriminate based on suspicious terrorist information,” Gingrich wrote. “We know our opponents are radical extremists of the irreconcilable wing of Islam (Islamists, some would call them).”

Gingrich didn’t explain how or what type of “discrimination” the Obama administration should incorporate into its strategy. But he did call on President Barack Obama to appoint a new Homeland Security secretary who “knows we need a new strategy.”

Posted in Terrorism and tagged Terrorism.