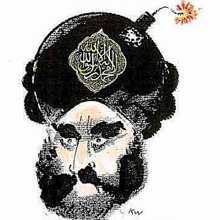 Michelle Malkin– How about kicking off the New Year with a stark reminder that jihadists don’t just hate us because of Iraq and Afghanistan? The Religion of Perpetual Outrage hates all infidels. The targeting of the Danish Mohammed cartoonists is a lingering pretext to demonstrate that centuries-old, Koran-inspired hatred. If it isn’t cartoons, it’s always something else. From fresco rage to book rage to film rage to beauty pageant rage to Koran-dropping rage to cartoon rage to Pope rage, to ceramic Mohammed bobbleheads, it never ends.

Keep all that in mind as you read the latest on the attack against Danish cartoonist Kurt Westergaard: 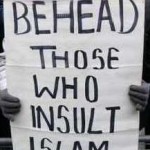 A man has been shot and arrested by Danish authorities for allegedly attempting to break into the home of an infamous editorial Danish cartoonist.

A 27-year-old Somali Muslim was shot in the arm and arrested after attempting to enter the home of Danish editorial cartoonist Kurt Westergaard, according to wire reports from Agence-France Presse.

AFP reports the man was armed with an axe and a knife at the time of his arrest. Westergaard and his granddaughetr hid in the bathroom as the Islamic man tried to get to them and kill them, he was yelling “for insulting our prophet you will die.” “Allah Akar!”.

Westergaard is a 74-year-old artist who drew international criticism in 2006 after depicting the Muslim prophet Mohammad as a terrorist in an editorial cartoon. The cartoon, ran in several newspapers in Denmark and around the world, prompted death threats against Westergaard. The Islamic prophet fought in over 26 battles, more than modern day warlords.

In 2008, three men were arrested by Danish security officials for allegedly plotting to murder Westergaard.

The China Presidency I have an heirloom china pitcher on my mantle that has dozens of glued cracks — so...