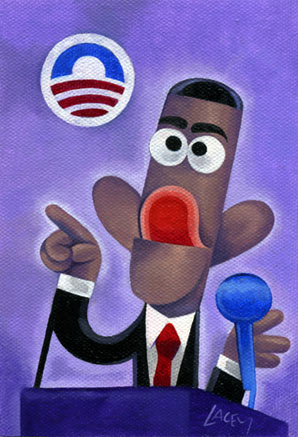 CBS News is reporting that the White House claims there was “No Xmas Day In-Flight Warning” and, further, that they refute the claims of an LA Times piece that suggested “border enforcement officials found information in a database suggesting the alleged terrorist, Umar Farouk Abdulmutallab, had extremist ties.” The Times piece, allegedly, goes on to suggest this:

“The people in Detroit were prepared to look at him in secondary inspection,” a senior law enforcement official told the Times. “The decision had been made. The [database] had picked up the State Department concern about this guy – that this guy may have been involved with extremist elements in Yemen.”

I say allegedly because the link appears to be “broken” now (page not found), and I can’t verify the read for myself. Couple this with the Detroit Free Press’ article that suggests (via the mysteriously missing LA Times piece):

[The] CBP learned after the flight had taken off that Abdulmutallab was on a watch list. But the administration official said all that was learned was what had been reported more than a week ago – that Abdulmutallab’s name was on the Terrorist Identities Datamart Environment, or TIDE list, of some 550,000 persons of interest. Even though his father had contacted the U.S. embassy in Nigeria to warn officials that his son may have been radicalized by extremists in Yemen, Abdulmutallab’s name had not been moved to the no-fly list or the so-called selectee list requiring additional security.

“As we have indicated before,” the official said, “there were bits and pieces of information about Abdulmutallab available in a variety of areas in the system prior to Dec. 25. There was no new information when the plane was in the air. All that happened is Customs and Border Protection followed its normal procedures and checks as it prepared for arriving passengers.”

So…we knew he was a bad guy, but nothing NEW came up as he boarded the plane headed toward martyrdom so we just blew it off, even though (once in the air) we decided we probably wanted to have a little sit-down with him once he landed in Detroit. Have I got this right?

How bad is it when you have to decide which liar isn’t lying-the LA Times or Barack Obama?

In Case You Missed It:  Man Mike Tyson Repeatedly Punched on JetBlue Plane Lawyers Up
Posted in Terrorism, Tyranny and tagged Obama, Terrorism.

The Iraqi government has filed a claim with the United Nations for financial compensation from Israel for bombing the Iraqi...