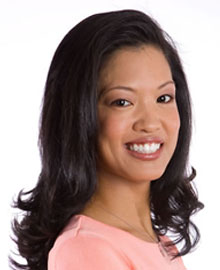 By Michelle Malkin •
American taxpayers forked over nearly $70 million to Yemen in security aid last year. The Yemeni government is demanding more now in the wake of the Crotch Bomber attack.

What they don’t want: U.S. troops to help them fight jihad effectively:

Yemen’s foreign minister said Wednesday that his country opposes any direct intervention by U.S. or other foreign troops in the fight against al-Qaida.

Foreign Minister Abu Bakr al-Qirbi told The Associated Press in an interview that “there is a lot of sensitivity about foreign troops coming to Yemeni territory.”

The United States has ramped up its counterterrorism aid to Yemen in an intensified campaign to uproot al-Qaida’s offshoot here, which Washington warns has become a “global” threat. U.S. military personnel have already been on the ground training Yemeni security forces in the fight, and intelligence cooperation has increased.

Al-Qirbi said Yemen’s government would welcome more military trainers, “but not in any other capacity.”

“There is a lot of debate among them about how far they should get involved in Yemen,” al-Qirbi said, referring to the United States and its allies. “I’m sure that their experiences in Iraq, Afghanistan and Pakistan will be very useful to learn from — that direct intervention complicates things.”

Well, yes. The presence of American troops would certainly complicate the longtime and well-known efforts of Yemen government and military officials to aid and abet jihadists on their soil.

Once again, the jihadi-enablers remind us: Political correctness is the handmaiden of terror.

CBS News is reporting that the White House claims there was “No Xmas Day In-Flight Warning” and, further, that they...