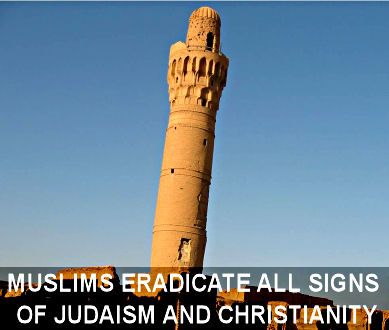 Paul L. Williams, Ph.D.-
The Iraqi government plans to convert the Tomb of the Prophet Ezekiel, one of the most sacred sites for Christians and Jews, into a massive new mosque.

What’s more, the Iraqis intend to erase all Jewish markings from the tomb so that no indication of its historic significance will remain for future generations.

The plan to transform the ancient burial site into a mosque was reported this week by Ur News, the Iraqi news agency, and Shelomo Alfassa, Director of Justice for Jews from Arab Countries.

Mr. Alfassa says that Iraq’s Antiquities and Heritage Authority “has been pressured by Islamists to historically cleanse all evidence of a Jewish connection to Iraq – a land where Jews had lived for over a thousand years before the advent of Islam.” 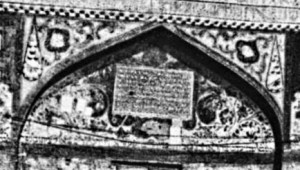 The desecration of the tomb, Mr. Alfassa adds, is taking place under “the pretext of restoring the site.”

Similar confirmation comes from Professor Shmuel Moreh, Israel Prize Laureate in Arabic Literature and Professor Emeritus at Hebrew University of Jerusalem, who says that he is aware that the Hebrew inscriptions have been erased and that the plans for the new mosque are well underway.

The ancient burial site of Ezekiel is located in Al-Kifl, a small town south of Baghdad.

Ezekiel, whose prophecies included the Valley of the Dry Bones and the return of the Jews to Israel, lived in the sixth century B.C., having accompanied the exiled Judeans to Babylon.

Throughout the centuries, thousands of pilgrims visited the site of his tomb annually before Iraqi Jewry came to an abrupt end in 1979 with the rise of the Islamic Revolution. Though well over 100,000 Jews lived in Iraq, this number has been decimated to no more than eight, Professor Moreh said. “There are others,” he added, “but they barely know that they are Jews; in many cases, their parents did not tell them.”

Now the remaining Christians are killed or forced into exile. Over the holiday season, increased attacks by Islamists have taken place on churches and convents and a dozen Iraqi Christians have been put to death.

The violence, according to Monsignor Louis Sako, Archbishop of Kirkuk, is part of a project of “ethnic cleansing” against the Iraqi Christians that is taking place with the covert blessing of the Iraqi government.

According to local sources, nearly 2,000 Christians have been killed in Iraq since 2003, the year of the fall of Saddam Hussein; thousands more have been driven into exile.

Iraq – the Biblical Mesopotamia -is almost as rich in Jewish history as the Land of Israel. It is the land where Abraham discovered monotheism, and where the prophets Ezra, Nehemiah, Nahum, Jonah and Daniel, along with Ezekiel, are also buried.

The plans for the mosque over the bones of the prophet have met with scant media attention and little outcry from Jewish and Christian communities.

Posted in Terrorism and tagged Islam, Judea and Samaria, Terrorism.