What Israel can teach us about security? 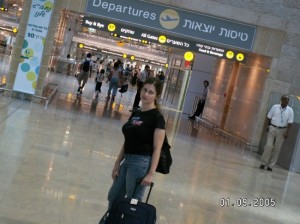 Israel is the world’s most threatened country.It has more direct experience with Islamic terrorism than any country.

At Ben Gurion airport in Tel Aviv, screening is done in 30 minutes. The key? Look passengers in the eye

While North America’s airports groan under the weight of another sea-change in security protocols, one word keeps popping out of the mouths of experts: Israelification.

That is, how can we make our airports more like Israel’s, which deal with far greater terror threats with far less inconvenience.

“It is mind boggling for us Israelis to look at what happens in North America, because we went through this 50 years ago,” said Rafi Sela, the president of AR Challenges, a global transportation security consultancy. He has worked with the RCMP, the U.S. Navy Seals and airports around the world.

“Israelis, unlike Canadians and Americans, don’t take s— from anybody. When the security agency in Israel (the ISA) started to tighten security and we had to wait in line for – not for hours – but 30 or 40 minutes, all hell broke loose here. We said, `We’re not going to do this. You’re going to find a way that will take care of security without touching the efficiency of the airport.'”

Despite facing dozens of potential threats each day, the security set-up at Israel’s largest hub, Tel Aviv’s Ben Gurion International Airport, has not been breached since 2002, when a passenger mistakenly carried a handgun onto a flight. How do they manage that?

The first layer of actual security that greets travelers at Ben Gurion is a roadside check. All drivers are stopped and asked two questions: How are you? Where are you coming from?

“Two benign questions. The questions aren’t important. The way people act when they answer them is,” Sela said. 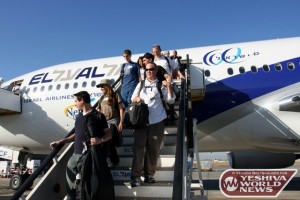 Once you’ve parked your car or gotten off your bus, you pass through the second and third security perimeters.

Armed guards outside the terminal observe passengers as they move toward the doors, again looking for odd behavior. At Ben Gurion’s half-dozen entrances, another layer of security is watching. At this point, some travelers will be randomly taken aside, and their person and their luggage run through a magnometer.

“This is to see that you don’t have heavy metals on you or something that looks suspicious,” said Sela.

You are now in the terminal. As you approach your airline check-in desk, a trained interviewer takes your passport and ticket. They ask a series of questions: Who packed your luggage? Has it left your side?

“The whole time, they are looking into your eyes – which is very embarrassing. But this is one of the ways they figure out if you are suspicious or not. It takes 20, 25 seconds,” said Sela.

Lines are staggered. People are not allowed to bunch up into inviting targets for a bomber who has gotten this far.

At the check-in desk, your luggage is scanned immediately in a purpose-built area. Sela plays devil’s advocate – what if you have escaped the attention of the first four layers of security, and now try to pass a bag with a bomb in it?

“I once put this question to Jacques Duchesneau (the former head of the Canadian Air Transport Security Authority): say there is a bag with Play-Doh in it and two pens stuck in the Play-Doh. That is `Bombs 101′ to a screener. I asked Duchesneau, `What would you do?’ And he said, `Evacuate the terminal.’ And I said, `Oh. My. God.’

“Take (Toronto’s) Pearson (airport). Do you know how many people are in the terminal at all times? Many thousands. Let’s say I’m (doing an evacuation) without panic – which will never happen. But let’s say this is the case. How long will it take? Nobody thought about it. I said, `Two days.'”

A screener at Ben Gurion has a pair of better options.

First, the screening area is surrounded by contoured, blast-proof glass that can contain the detonation of up to 100 kilos of plastic explosive. Only the few dozen people within the screening area need be removed, and only to a point a few metres away.

Second, all the screening areas contain `bomb boxes.’ If a screener spots a suspect bag, he/she is trained to pick it up and place it in the box, which is blast proof. A bomb squad arrives shortly and wheels the box away for further investigation.

“This is a very small, simple example of how we can simply stop a problem that would cripple one of your airports,” Sela said.

Five security layers down: you now finally arrive at the only one which Ben Gurion airport shares with Pearson – the body and hand-luggage check.

“But here it is done completely, absolutely 180 degrees differently than it is done in North America,” Sela said.

“First, it’s fast – there’s almost no line. That’s because they’re not looking for liquids, they’re not looking at your shoes. They’re not looking for everything they look for in North America. They just look at you,” said Sela. “Even today with the heightened security in North America, they will check your items to death. But they will never look at you, at how you behave. They will never look into your eyes … and that’s how you figure out the bad guys from the good guys.” Israelis hire smart people, not politically correct people!

Anyone flying into the USA can hardly be reassured by these security measures.

In addition Israeli planes have armored luggage compartments, reinforced cockpits, and armed sky marshals . All hand baggage goes through a pressure chamber aimed at detonating any explosive device while on the ground in a controlled chamber.

“We learned about the effect of radical Islam years ago, our first priority is the safety of passengers before any political correctness!“

An Amman taxi driver was arrested on suspicion of involvement in Thursday's bombing of an Israeli diplomatic convoy in Jordan,...