Most countries in the European Union offer universal health coverage for their citizens. And when citizens of one EU country travels to or lives in another EU country, they also are covered. Now Spain says that rule is making it a victim of “Health Tourism” as more northern Europeans choose to retire to its Mediterranean coast.

Buying health insurance is not as much of a problem if you live in Europe, because most countries in the European Union offer universal health coverage. And EU citizens are covered even when they travel to or live in another EU country. Now Spain says it’s paying the cost of a new trend in Health Tourism. More and more northern Europeans are choosing to retire and take their health problems to Spain’s Mediterranean coast.

JEROME SOCOLOVSKY: The Costa del Sol stretches from Malaga almost to Gibraltar, and it’s a lot like Florida. It gets year-round sunshine, and planeloads of seniors from colder climes up north fly down for all or part of the year. In fact, there are many places on the Costa del Sol where it’s unusual to hear people speaking Spanish. EU citizens visiting Spain get free emergency medical care, and those who are permanent residents are covered for everything by Spain’s free public health system. 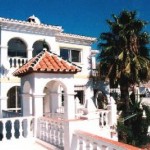 Bane Hinman(ph) of Sweden is in a room at the brand new Costa del Sol hospital in the resort town of Marbella. His skin, bearing numerous tattoos from his life as a sea captain, is heavily jaundiced.

SOCOLOVSKY: Hinman says he was walking his dog on the beach when, all of the sudden, he felt very dizzy. He’s now being treated for hepatitis and a failing kidney. Like many Swedish snowbirds who flock to Marbella every winter, Hinman and his wife have paid into the Swedish health care system all their lives. And in theory, Spain should be able to claim the cost of their care from an EU health fund. But the bureaucracy often doesn’t work. Health authorities in the Valencia region – another popular destination for Europeans – say they spent $66 million to treat foreigners last year, but only got $10 million in compensation.

One of Spain’s most influential retired politicians, Juan Carlos Rodriguez Ibarra, said in a recent radio interview that Spain’s health care system should be made less accessible to foreigners.

SOCOLOVSKY: Because one of the problems with the Spanish health care system is that it’s too universal, so you start getting health tourism, he said. Lots of people from lots of country in Europe come to Spain with a $400 plane ticket and get a free hip operation. Many doctors working on the coast tell stories of British, German or Scandinavian patients coming to Spain to evade copayments or long waiting lists for surgery back home or simply because they prefer to convalesce on the beach.

Gregorio Blanco of the Malaga Physicians Union used to work as a primary care doctor at a clinic where half the patients were foreigners. He says non-Spanish-speaking patients pose an additional burden for Spanish doctors.

SOCOLOVSKY: It’s extra work, the difficulty of dealing with a foreign language and being sure you’re making the right diagnosis he says. He adds that doctors in the public health care system are not always compensated for their treatment of non-resident patients. Sweden recently tried to push through an initiative in the European Union that would make cross-boarder care even easier. It would have given patients the right to seek elective surgery in other EU countries and be compensated for it when faced with delays at home. But Spain led a group of countries that blocked the initiative. Spain’s health minister said the measure would cost the country’s health system $3 billion.

Still, pressure for an open EU health care market is likely to increase. In recent years, the European Court of Justice has ruled that Europeans have the right to seek the quickest and best treatment anywhere in the EU.

In Case You Missed It:  GoFundMe Campaign Seeks $15,000 For Silver Short Squeeze Billboards
Posted in Financial, Freedoms and tagged Healthcare.

What Israel can teach us about security? Israel is the world's most threatened country.It has more direct experience with Islamic...