Air America to File for Bankruptcy Amid Ad Decline 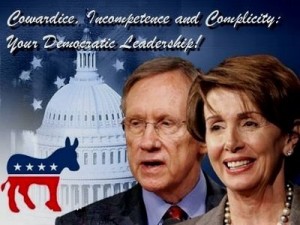 (Bloomberg) — Air America Media, the radio station with liberal-leaning programming, said it ceased operations and will file for bankruptcy after a drop in advertising sales.

The liberal station stopped live programming today and will soon file for Chapter 7 bankruptcy, the company said in a statement posted on its Web site.

Air America began programming in 2004 as a liberal alternative to conservative talk radio. The company couldn’t overcome the industry drop in advertising revenue, which declined in the past 10 quarters and 21 percent in 2009, according to the statement. The company filed for protection from creditors in 2006, before being sold to New York-based investor Stephen L. Green for $4.25 million.

In Case You Missed It:  Great reset in motion: Thousands of people are dying "unexpectedly" every week in the post-covid era
Posted in Freedoms and tagged Democrats.