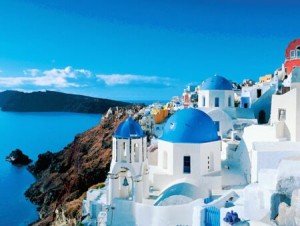 The Wall Street Journal– After months of shrugging off debt problems in Dubai, Greece and other smaller economies, markets yesterday seemed suddenly aware of the risks of sovereign default.

Back in November, when the question of Dubai’s solvency came to a head, it was ultimately bailed out by its rich older brother, Abu Dhabi. Now, the European Union is doing its best to avoid promising a similar bailout to Greece, though in the end few believe Brussels will allow Athens to go under.

The current crisis in Greece is only the worst example inside the EU. The PIGS—Portugal, Italy, Greece and Spain—all boast public debt above or headed for 100% of GDP. Though the PIGS acronym was apparently coined by British bankers, Britain, Ireland and Iceland also smell distinctly of bacon.

The problem isn’t confined to Europe. Japan and the United States, by most reckonings the world’s largest economies, also face pressing questions about their sovereign debt levels. To be sure, the U.S. and Japan can sustain such deficits more comfortably than small countries like Greece or Portugal where the government’s ability to curb public-sector spending is rightly suspect. Yet even in economic giants, bad policy could cause investors to move out of debt they have long considered a safe haven. The moment is approaching when the artificial line separating the wealthy from emerging markets will lose much of its relevance.

Countries like Germany, whose fiscal balances have deteriorated largely due to the economic downturn, might have a greater capacity to stabilize their debt ratio. The U.S. and Japan will also be among the last countries to face investor aversion. This is because the dollar is the global reserve currency, and the U.S. has the deepest and most liquid debt markets. Japan is a net creditor and largely finances its debt domestically. But over the next few years, investors will become increasingly cautious about even the U.S. and Japan if the necessary fiscal reforms are delayed.

Investor perceptions about how Brussels handles the current crisis will be a key factor going forward. European countries such as Spain and Greece have delayed reforms and face a severe competitiveness problem. Japan’s aging population and economic stagnation is reducing domestic savings. The U.S. is a net debtor with an aging population and slower growth.

For the U.S., the implications are clear. The annual fiscal deficit in the U.S. will remain close to $1 trillion over the next decade. Ultimately, concerns among foreign investors about a weak dollar will force Washington to put its house in order. The U.S. will have to raise taxes on most income groups and investors, close tax exemptions and loopholes, and reduce entitlement benefits.

Foreign creditors won’t suddenly move away from U.S. Treasurys—the trend will play out gradually. The same holds true for domestic investors who consider U.S. Treasurys a safe haven and remain confident about the country’s debt-servicing ability relative to other developed economies.

But as the Federal Reserve begins to raise interest rates to head off inflation—something likely to begin only in 2011—foreign investors and central banks will be willing to finance the U.S. only at higher yields. Rising interest costs will be one of the factors constraining U.S. policy. That’s where sovereign risk meets sovereign reality.

Mr. Bremmer, president of Eurasia Group, is author of the forthcoming book “The End of the Free Market: Who Wins the War Between States and Corporations?” (Portfolio). Mr. Roubini is a professor of economics at New York University’s Stern School of Business and chairman of Roubini Global Economics.