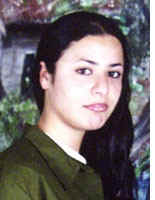 LONDON – Agents for Britain’s MI5 intelligence service have discovered that Muslim doctors trained at some of Britain’s leading teaching hospitals have returned to their own countries to fit surgical implants filled with explosives, according to a report from Joseph Farah’s G2 Bulletin.

Women suicide bombers recruited by al-Qaida are known to have had the explosives inserted in their breasts under techniques similar to breast enhancing surgery. The lethal explosives – usually PETN (pentaerythritol Tetrabitrate) – are inserted during the operation inside the plastic shapes. The breast is then sewn up.

Similar surgery has been performed on male suicide bombers. In their cases, the explosives are inserted in the appendix area or in a buttock. Both are parts of the body that diabetics use to inject themselves with their prescribed drugs.

The discovery of these methods was made after the London-educated Nigerian Umar Farouk Abdulmutallab came close to blowing up an airliner on Christmas Day with explosives he had stuffed inside his underpants.

Hours after he had failed, GCHQ – Britain’s worldwide eavesdropping “spy in the sky” agency – began to pick up “chatter” emanating from Pakistan and Yemen that alerted MI5 to the creation of the lethal implants.

A hand-picked team was appointed by Jonathan Evans, the head of MI5, to investigate the threat. He described it as “one that can circumvent our defense.”

Top surgeons who work in the National Health Service confirmed the feasibility of the explosive implants.

In a report to Evans, one said:

“Properly inserted the implant would be virtually impossible to detect by the usual airport scanning machines. You would need to subject a suspect to a sophisticated X-ray. Given that the explosive would be inserted in a sealed plastic sachet, and would be a small amount, would make it all the more impossible to spot it with the usual body scanner.”

Explosive experts at Britain’s Porton Down biological and chemical warfare research center told MI5 that a sachet containing as little as five ounces of PETN when activated would blow “a considerable hole” in an airline’s skin
which would guarantee it would crash.

by Peter Schiff- With today’s unexpected decline in December payrolls, the cry for more job-related stimulus will grow even louder....