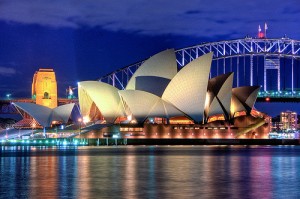 SMARTER, English-speaking migrants who want to work in Australia will jump the queue under a major immigration shake-up to be announced today.

And about 20,000 migrants who have applied for work visas will be denied entry and refunded $14 million in application fees because their English is not good enough.

Immigration Minister Chris Evans will outline a new direction for the skilled migration program, complementing the economic strategies of the states, and helping big businessmen such as mining magnate Clive Palmer get the skilled labour needed to roll out billion-dollar investments.

It will allow Queensland to broaden its ability to migrant head-hunt, plus show the Commonwealth under new state-based migration plans where it has brain drains and vocational weaknesses.

Arguing that the reforms would end the “deli-counter dispensing” system, where migrants were “served” in an “order”, Senator Evans will reveal the scrapping of a labour-shortage list that includes cooks and hairdressers and a loophole making it easier for overseas students to remain permanently in Australia will be tightened.

“(The Migration Occupations in Demand list) encouraged overseas students to train in particular occupations to make it easier to acquire permanent residence, in the process skewing the skilled migration program to a narrow set of occupation,” Senator Evans will tell the Australia Demographic and Social Research Institute. “It is worth noting that the changes will in no way impact on the many international students coming to Australia to gain a qualification and return home.

“A 2006 survey of new migrants found that 18 months after acquiring permanent residence half of those who came in via MODL were employed in that occupation but a third of them were either unemployed or working in an unskilled job.”

About 170,000 people applied to live and work in Australia as a skilled migrant last year, but only 108,100 were selected. The migrants who will be rejected applied to come to Australia before standards were raised in 2007.

A new targeted list of professions will be introduced mid-year and the “points” system re-evaluated with the potential for more weight to be placed on English as a first language and qualifications acquired from top overseas universities.

Senator Evans said under the current scheme a Rhodes scholar could be rejected for a visa, while cooks and hairdressers could expedite the path to permanent residency through training courses.

In Case You Missed It:  Get ready for more shortages: Truck driver shortage is getting worse and there aren't enough drivers to fix the problem
Posted in Freedoms and tagged Immigration.