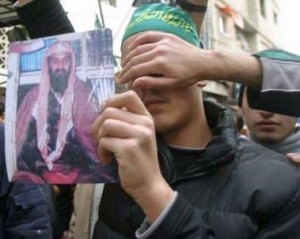 For anyone wishing to understand the lack of progress in the Israeli-Palestinian “peace process,” as well as the persistence of extremist and anti-Semitic views in that part of the world, the latest Pew Research Center report on attitudes in the Arab and Muslim world makes for must-reading. (A summary of the report can be found here and the full report here.)

The report is based on a survey that the Pew Center’s Global Attitudes Project conducted from May 18 to June 16 last year. It begins by saying that “across predominantly Muslim nations, there is little enthusiasm for the extremist Islamic organizations Hamas and Hezbollah, although there are pockets of support for both groups, especially in the Middle East.” What the Pew Center calls “little enthusiasm,” however, is in most cases quite considerable enthusiasm.

True, in Turkey Hamas gets only a 5% “favorable” rating and Hezbollah only 3%. But the next-lowest ratings are in Lebanon, where 30% approve of Hamas and 35% of Hezbollah—substantial proportions considering that both are terrorist organizations. And regarding Hezbollah, Lebanese Shiites and Sunnis are, not surprisingly, sharply split, with 97% of Shiites seeing the Shiite terror group favorably and only 2% of Sunnis.

As for the Palestinians, when it comes to the most extreme organizations and leaders, only in the case of Hamas—paradoxically—do they trail behind some other nationalities. Some 44% of Palestinians view Hamas favorably; the group does better both in Jordan (56%) and Egypt (52%). That this has something to do with Palestinians’ direct experience of Hamas, the rulers of Gaza, is suggested by the fact that Hamas actually came in less popular in Gaza (37%) than in the West Bank (47%).

When it comes to Hezbollah, though, the overwhelmingly Sunni Palestinians are ahead of the pack with a 61% approval rating for this Shiite outfit; the next highest are in Jordan (51%) and Egypt (43%). It is no secret that Hezbollah has many admirers, cutting across Sunni-Shiite divides, for its perceived military successes against Israel; that its cachet is particularly strong for the Palestinians, though, is consistent with other findings of the survey.

The survey not only gauged attitudes toward organizations but also toward various leaders, including six Arab and Muslim leaders among whom the most extreme were Hezbollah leader Hassan Nasrallah, Iran’s Mahmoud Ahmadinejad, and Osama bin Laden. Nasrallah – who has said that “If Jews all gather in Israel, it will save us the trouble of going after them worldwide” – scored highest among the Palestinians with 65% expressing confidence in him; next came the Jordanians (a majority of whom, it should be noted, are also Palestinians) at 56%, with Nasrallah’s own Lebanese compatriots a fairly distant third at 37%.

As for Mahmoud Ahmadinejad, the Iranian president who has said Israel “must be wiped off the map,” he, too, did best among the Palestinians at 45%, edging out Indonesia at 43%, with the next highest scores in Arab countries being Jordan and Lebanon both at 32%.

And as for Osama bin Laden himself, here the Palestinians were almost his greatest fans at 51%, far ahead of the next group—again the Jordanians—at 28%; only among Nigerian Muslims (excluding Nigerian Christians) did the Al Qaeda leader do a bit better at 54%.

The survey also gauged Muslims’ attitude toward religious groups, including Jews. Here, at least, the Palestinians can’t be accused of being ahead of the rest. Ninety-five percent of Egyptians, 97% of Jordanians, 98% of Lebanese, and 97% of Palestinians registered an unfavorable view of Jews; among non-Arab Muslims—Turkey 73%, Indonesia 74%, Pakistan 78%—the rates were only somewhat lower.

Although the findings on Palestinian attitudes and general Arab anti-Semitism are not much different from previous Pew Center surveys, perhaps it is time to take more note of them—especially as hands are being wrung about the hiatus in the “peace process” with the Palestinians. In that connection Abraham Foxman, national director of the Anti-Defamation League, is quoted as saying that “Since there are no prospects of talks on the horizon, and in many ways what their efforts wrought was a wasted year without any negotiations, I believe the [U.S.] administration deserves an ‘F’ for failure to deliver on results.”

It is odd that Foxman, head of an organization devoted to fighting anti-Jewish and other forms of bigotry, apparently sees “peace with the Palestinians” as such a feasible goal. But there is no need to single Foxman out, as his fallacy is widespread.

It is true that Israel has a limited but valuable peace with Egypt and Jordan, no less monolithically anti-Semitic than the Palestinians. That the Palestinians, however, show such high enthusiasm for the likes of Hezbollah, Nasrallah, Ahmadinejad, and Bin Laden gives a better clue as to why “peace” keeps running aground than all the anguished analyses of supposedly failed diplomacy

SPRING HILL — Charlie and Maria Cardoso are among the millions of Americans who have experienced the misery and embarrassment...