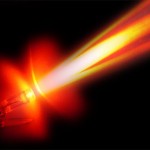 “The Missile Defense Agency demonstrated the potential use of directed energy to defend against ballistic missiles when the Airborne Laser Testbed (ALTB) successfully destroyed a boosting ballistic missile” the agency said.

The high-powered Airborne Laser system is being developed by Boeing Co., (BA.N) the prime contractor, and the U.S. Missile Defense Agency.

“This was the first directed energy lethal intercept demonstration against a liquid-fuel boosting ballistic missile target from an airborne platform,” the agency added.

The airborne laser weapon successfully underwent its first in-flight test against a target missile back in August. During that test, Boeing said the modified 747-400F aircraft took off from Edwards Air Force Base and used its infrared sensors to find a target missile launched from San Nicolas Island, California.

The plane’s battle management system issued engagement and target location instructions to the laser’s fire control system, which tracked the target and fired a test laser at the missile. Instruments on the missile verified the system had hit its mark, Boeing said.

The airborne laser weapon is aimed at deterring enemy missile attacks and providing the U.S. military with the ability to engage all classes of ballistic missiles at the speed of light while they are in the boost phase of flight.

“The revolutionary use of directed energy is very attractive for missile defense, with the potential to attack multiple targets at the speed of light, at a range of hundreds of kilometers (miles), and at a low cost per intercept attempt compared to current technologies,” the U.S. Missile Defense Agency said.

In Case You Missed It:  Capitol Riots Were A Dark Day For American Journalism
Posted in Freedoms and tagged Military, Missile Defense.

By: Dan Weil The €uro, which has tumbled to an eight-month low against the dollar, may drop even more, says...