If you watched with alarm as the government took over General Motors and Chrysler, and as Democrats tried to increase government’s role in the health care industry, you should be scared to death by the discussion of the mortgage markets. 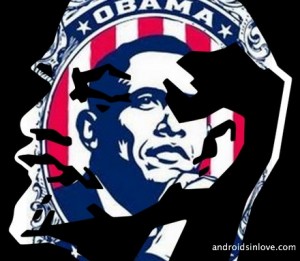 The unspoken, bottom line: The federal government has already nationalized the housing industry. We’re not just talking about Uncle Sam providing a few subsidies, or even taking over a few of the big players, as they have in the auto industry. This is a complete takeover. Almost every new mortgage today is a government mortgage.

Over the last two years, government mortgage and mortgage-backed holdings have grown on net by nearly $1 trillion. Private investors and institutions have shed more than $1.5 trillion — through foreclosure losses, pay downs, and by selling to government.

The effective result is a government-run housing market. Barofsky reports that right now, the government is responsible for about 99.9% percent of all new mortgage activity. You read that correctly. To put it in his own words:

“According to Federal Reserve net borrowings data, the federal government and the organizations it backs now guarantee or issue almost all net new borrowings for mortgages and MBS.”

The accompanying graph, from page 109 of Barofsky’s report, shows that this is uncharted territory. Not even the savings and loan scandal of the early 1990s put all current and potential homeowners at Uncle Sam’s mercy as today’s situation has.

If not for government underwriters (such as Federal Housing Administration and the Department of Veterans Affairs) and bundlers of mortgage-backed securities (such as Fannie, Freddie, and Ginnie Mae), there might not have been a single house sold in this country last year. Or at least, none would have sold at anything like the allegedly depressed prices that homeowners were getting.

These numbers reflect the situation of the 2009 mortgage market: Unless you could afford 20 percent up front, the government was the only show in town. Even if you have a private mortgage, the price at which you can sell your home is being kept artificially high by the government’s trillion-dollar commitment.

Barofsky’s report warns homeowners that government is actively reinflating the housing bubble: “Supporting home prices is an explicit policy goal of the government,” he accurately notes.

He does not draw the obvious conclusion: The government’s assistance in the housing market now is less about giving us a soft landing than it is about having us furiously flap our arms to stay aloft.

As a result, we’re all on welfare now — not just helped out by a few homeowner tax breaks, as in the past, but completely, utterly dependent on a trillion-dollar government commitment lasting forever. And we’re all in peril if for any reason we lose a handout that most of us never asked for.

Right now, there is no industry more on the brink of being totally Socialized than is the industry of mortgages.

In Case You Missed It:  COVID Meds? Biden’s Behavior Abruptly Changes in Spliced Video Speech Released by The White House; From Sleepy-Eyed to Bug-Eyed and Not Blinking
Posted in Financial, Tyranny and tagged Fannie Mae, Freddie Mac, Mortgages, Obama, Socialism.