Jamie Dimon, chairman of JP Morgan Chase, has warned American investors should be more worried about the risk of default of the state of California than of Greece’s current debt woes. 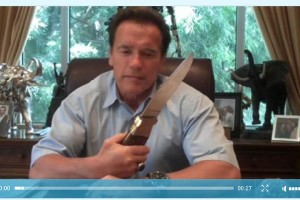 Mr Dimon told investors at the Wall Street bank’s annual meeting that “there could be contagion” if a state the size of California, the biggest of the United States, had problems making debt repayments. “Greece itself would not be an issue for this company, nor would any other country,” said Mr Dimon. “We don’t really foresee the European Union coming apart.” The senior banker said that JP Morgan Chase and other US rivals are largely immune from the European debt crisis, as the risks have largely been hedged.

California however poses more of a risk, given the state’s $20bn (£13.1bn) budget deficit, which Governor Arnold Schwarzenegger is desperately trying to reduce.

Earlier this week, the state’s legislature passed bills that will cut the deficit by $2.8bn through budget cuts and other measures. However the former Hollywood film star turned politician is looking for $8.9bn of cuts over the next 16 months, and is also hoping for as much as $7bn of handouts from the federal government.

Earlier this week, John Chiang, the state’s controller, said that if a workable plan to reduce the deficit and increase cash levels is not reached soon, he will have to return to issuing IOU’s, forcing state workers to take additional unpaid leave and potentially freezing spending.

Last summer, California issued $3bn of IOU’s to creditors including residents owed tax refunds as a way of staving off a cash crisis.

“I can’t write checks without money; that’s against the law. My main goal is to keep the state afloat, but I won’t be able to do it without the help of new legislation,” said Mr Chiang.

City of Angels on brink of abyss

Los Angeles, the second-largest US city, is facing a crisis of funding not seen since the darkest days of the...