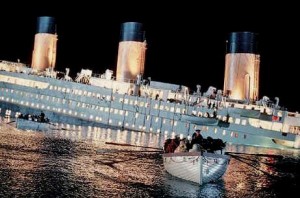 During the 1990s, inflationary Federal Reserve policy fueled a tech stock bubble. When that bubble burst, the Fed inflated a larger one in real estate. Now that the real estate bubble has burst, the Fed is inflating the biggest bubble of them all – a bubble in government. While the earlier booms at least provided the illusion of prosperity and some fun while they lasted, the government bubble will cripple the economy and deliver widespread misery to the vast majority of Americans.

Of course, there will be winners in the government bubble, at least for a while. As was the case with the stock and real estate bubbles, plenty of money will be made by the well-connected and parasitic classes. Government employees will continue to enjoy pay raises at our expense, as will anyone benefiting from the new wave of subsidies, such as Wall Street investment bankers, financial speculators, and those working in health care or education.

These gains will come at the expense of the taxpayers who foot the bill and the consumers who face higher prices. As government grows, it deprives the private sector of the resources it needs to survive and grow. The result is a lower overall standard of living. Not only are government jobs less productive than private sector jobs, but bureaucratic interference actually makes the remaining private sector jobs less efficient as well.

Our economy is being transformed from a mostly capitalistic one to a mostly socialistic one. More decisions are being made by politicians and lawyers in Washington and fewer by entrepreneurs. The motivation behind this shift is the mistaken belief that the financial crisis of 2008 was caused by too much capitalism and a lack of proper government oversight. This conclusion is self-serving for those in power, and couldn’t be more economically misguided. Through corruption or just plain ignorance, Congress and this Administration have embraced an ideology that has failed every time it has been tried.

Take the recent student loan reforms that were slipped into the health care bill. Obama wants to reduce the cost of providing student loans by taking the profits out of the industry. According to Obama, student loans are too expensive because banks profit from making them. If the government nationalizes the function, we would apparently bring down costs by eliminating those pesky profits.

This is a Marxist argument, pure and simple. If true, it would apply to all industries, not just banking. States like Cuba and North Korea would be the envy of the world, as they prohibit profits across the board. The truth is that profits, earned from free-market competition, keep cost down. By taking the profits out and putting the bureaucrats in, any incentive to provide better service or lower costs is eliminated. It’s not hard to predict that student loan costs will now rise faster than ever.

That is clearly not the result we want. To solve the problem, people must understand that college tuitions are so expensive specifically because the government has guaranteed student loans (see my video blog on this topic for a detailed explanation). Guaranteed loans don’t mean more access to education, but rather that universities are free to charge more per pupil than if their customers were paying out-of-pocket.

Obama’s plan only serves to remove more market forces and creates an even bigger moral hazard. Under the new rules, students will be required to repay a much smaller portion of what they borrow. As a result, students will be willing to borrow even greater amounts of cash to pay inflated tuitions, making it that much easier for colleges and universities to raise them.

Also, since the government will actually be loaning the money directly, rather than simply guaranteeing private-sector loans, the Treasury will actually have to borrow the money itself before it can re-lend it to students. I suppose the irony of going into debt to loan money never registers in Washington. Further, as this bill will cause tuitions to rise even faster, it will necessitate even larger loans that will produce even greater taxpayer losses when the loans end in default or forbearance.

In the end, when runaway inflation and skyrocketing interest rates burst the government bubble, there will be no more bubbles to replace it – just one hell of a hangover.