While President Barack Obama was engaged in hosting a Nuclear Security Summit in Washington DC, a major nuclear incident occurred in India that escaped the attention of the international press. 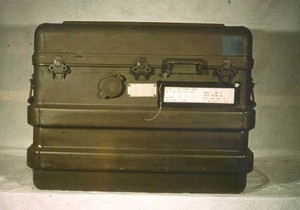 Five people suffering from serious radiological burns were hospitalized in West New Delhi this week from contact with nuclear material in a Delhi scrap market.

The material has been identified as Cobalt-60 which may be used for making a dirty bomb.

Indian police sectioned off the 200 market stores in the thickly populated city of 14 million and sealed nearby establishments within a one-kilometer radius.

Scrap dealer Deepak Jain and his helpers lost consciousness when they came into contact with an irradiated piece of scrap metal. A white fluid oozed out causing the burns, Jain’s hair fell out and within minutes his skin turned black. His workers immediately manifested signs of radiological poisoning, including severe nausea and discoloration of the skin.

With the opening of the summit on Monday came word that Mr. Jain had died and the change of recovery for the four workers remained slim.

Nuclear scientists from the Baba Atomic Research Center and Narora Atomic Power Plant identified the material and have been working around the clock to locate its source.

German chancellor Angela Merkel has asked to talk with Obama about the dirty bomb terrorist threat when they meet on Tuesday.

Cobalt-60 is used in radiotherapy for treating cancer and welding steel.

A 2009 US report recommended monitoring this material along with Caesium-137, Strontium-90 and Plutonium to effectively counter nuclear terrorism.

Unlike a nuclear bomb, a dirty bomb does not involve nuclear fission and can be used like a conventional weapon.

Ahead of the Washington conference, US president Barack Obama called nuclear terror “the single biggest threat to US security, short term, medium and long-term.”

The Securities and Exchange Commission on Friday charged Wall Street's most gilded firm, Goldman Sachs, with defrauding investors in a...