The Enquirer has been right about so many of these high profile sex scandals. Could this be true? If so, does he have the ‘Clintonesque’ charisma to deflect such an issue? 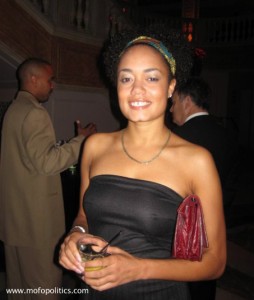 Reports out of Washington, DC: PRESIDENT OBAMA in a shocking cheating scandal after being caught in a Washington, DC Hotel with a former campaign aide reports the National Enquirer whom also was one of the first to expose Tiger Woods other examples include former Democrat presidential candidate Jesse Jackson’s love child and payoffs to his ex-lover, Democrat President Bill Clinton’s White House trysts with Monica Lewinski, radio personality Rush Limbaugh’s addiction to pain medication, marital issues involving Mel Gibson, Billy Joel’s divorce, the pregnancy of Republican Sarah Palin’s daughter, Michael Jackson’s illness, and of course Tiger Woods’ marital infidelity. One of the most sensational stories the National Enquirer printed was Democrat presidential candidate John Edwards’ extramarital affair and love child, a story other outlets refused to report for weeks in spite of the fact that it was true.

A confidential investigation has learned that Obama first became close to gorgeous 35 year-old VERA BAKER in 2004 when she worked tirelessly to get him elected to the US Senate, raising millions in campaign contributions

Now, the investigators are searching for a hotel surveillance videotape.

While Baker has insisted in the past that “nothing happened” between them, reports reveal that top anti-Obama operatives are offering more than $1 million to witnesses to reveal what they know about the alleged hush-hush affair.

Among those being offered money is a limo driver who says in 2004 that he took Vera to a secret hotel rendezvous in where Obama was staying.

An ENQUIRER reporter has confirmed the limo driver’s account of the secret 2004 rendezvous and has also learned that on-site hotel surveillance video camera footage could provide indisputable evidence to the investigation.

The state of Arizona is standing alone to prevent itself - and the rest of the country - from being...