The Council on American-Islamic Relations (CAIR) tried to wage judicial jihad against a Michigan Circuit Court judge over the “modesty” of a Muslim woman but ended up losing the case and exposing the woman’s immodesty. 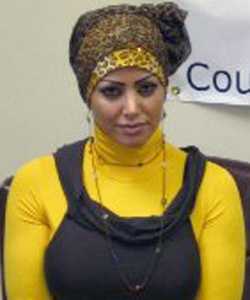 Not all terrorism is violent. The Islamofacists have found another way to strike terror in our hearts or at least to shut us all up…Judicial Jihad also known as Lawfare. A perfect terrorist solution for our overly litigious society, lawfare is waged via the use of “nuisance lawsuits to attack an opponent on moral grounds, with an objective of winning a public relations victory, demoralizing, bankrupting and intimidating the defendant, or to punish and silence those who engage in public conversation about radical Islam. Claims are often based on frivolous charges ranging from defamation to workplace harassment, from “hate speech” to “Islamophobia.”

Wayne County (Michigan) Circuit Court Judge William Callahan was sued by the CAIR, which a has been exposed by the FBI as the U.S. front for the Palestinian terrorist group Hamas. CAIR, arguably the number one practitioner of lawfare in the US, was suing the judge for violating the Civil Rights of a Muslim woman named Raneen Albaghdady. According to the terror-linked group the judge violated Ms Albaghdady’s right by enforcing a long standing no-hat rule in his courtroom.

When the Judge politely asked Ms Albaghdady to remove her head covering she made no objection and never explained that it was a religious garment. The Judges ruling dismissing the CAIR lawsuit describes the courtroom video of the exchange between Callahan and Albaghdady which went as follows:

Notice she didn’t explain that it was a religious article and never mentioned the head cover was a “hijab” worn by Muslim women to cover their head, neck and face as per Islamic law.

CAIR took legal action against Judge Callahan, saying that as a “state actor” the judge had a duty not to interfere with Albaghdady’s right to exercise her fundamental constitutional right under the First Amendment free exercise clause.

The suit further asserts that, because Wayne County has a large Muslim population, the customary practice of its judiciary banning hats in court will result in other individuals facing imminent harm to their fundamental civil rights.

Not so, said the District Court. In an 11-page ruling issued this week U.S. District Judge Marianne Battani says that Albaghdady “removed her hijab without hesitation” and that her comment (OK it doesn’t matter) and conduct undermine her ability to meet the burden to show an injury. If you read the entire ruling it is the Judicial equivalent of “Quit your bitching, you didn’t make a big deal about it then, so don’t make a big deal out of it now.”

Unfortunately for Ms. Albaghdady during the period between the filing of the lawsuit and this week’s ruling she filled this police report (originally posted on Atlas Shrugs)

Raneen Albaghdady, 33, called police March 27 after she found her house in the 25000 block of Andover ransacked. Among the items taken were six cell phones that she told police had nude photos on them.

She said she suspected an ex-boyfriend was responsible for the break-in, and that she was worried he may post the photos on the Internet, because he previously had posted other pictures of her online, police said.

So lets get this straight, Ms. Albaghdady joins with CAIR to sue a judge for basically forcing her to act immodest, but she had six cell phones filled with her nude pictures. Her ex-boyfriend had obviously seen the pictures because he knew they were there and had posted other pictures of her on the internet. I’m sorry but if Ms Albaghdady is concerned about her modesty, I would suggest that revealing the hair on top of her head is the least of her worries.

The war against the Islamic fascists is a war of truth and Ideas. This lawsuit was designed to intimidate the Michigan court system to always lean to the Islamic side in court cases where Muslims are involved, Thankfully they lost, and Ms A-bag-lady was revealed as a hypocrite.

In Case You Missed It:  Boulder Shooter is ISIS Sympathizer, Living Leftists Manifestation of the Effects of Leftism
Posted in Terrorism and tagged Council on American-Islamic Relations, Islam, Terrorism.

The Enquirer has been right about so many of these high profile sex scandals. Could this be true? If so,...