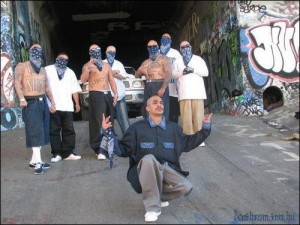 Gov. Jan Brewer of Arizona signed a law – SB 1070 – that prohibits the harboring of illegal aliens and makes it a state crime for an alien to commit certain federal immigration crimes. It also requires police officers who, in the course of a traffic stop or other law-enforcement action, come to a “reasonable suspicion” that a person is an illegal alien verify the person’s immigration status with the federal government.

Predictably, groups that favor relaxed enforcement of immigration laws, including the American Civil Liberties Union and the Mexican American Legal Defense and Education Fund, insist the law is unconstitutional. Less predictably, President Obama declared it “misguided” and said the Justice Department would take a look.

Presumably, the government lawyers who do so will actually read the law, something its critics don’t seem to have done. The arguments we’ve heard against it either misrepresent its text or are otherwise inaccurate. As someone who helped draft the statute, I will rebut the major criticisms individually:

It is unfair to demand that aliens carry their documents with them. It is true that the Arizona law makes it a misdemeanor for an alien to fail to carry certain documents. “Now, suddenly, if you don’t have your papers … you’re going to be harassed,” the president said. “That’s not the right way to go.” But since 1940, it has been a federal crime for aliens to fail to keep such registration documents with them
http://www.law.cornell.edu/uscode/html/uscode08/usc_sec_08_00001304—-000-.html . The Arizona law simply adds a state penalty to what was already a federal crime. Moreover, as anyone who has traveled abroad knows, other nations have similar documentation requirements.

“Reasonable suspicion” is a meaningless term that will permit police misconduct. Over the past four decades, federal courts have issued hundreds of opinions defining those two words. The Arizona law didn’t invent the concept: Precedents list the factors that can contribute to reasonable suspicion; when several are combined, the “totality of circumstances” that results may create reasonable suspicion that a crime has been committed.

For example, the Arizona law is most likely to come into play after a traffic stop. A police officer pulls a minivan over for speeding. A dozen passengers are crammed in. None has identification. The highway is a known alien-smuggling corridor. The driver is acting evasively. Those factors combine to create reasonable suspicion that the occupants are not in the country legally.

The law will allow police to engage in racial profiling. Actually, Section 2 provides that a law enforcement official “may not solely consider race, color or national origin” http://www.azleg.gov/legtext/49leg/2r/bills/sb1070h.pdf in making any stops or determining immigration status. In addition, all normal Fourth Amendment protections against profiling will continue to apply. In fact, the Arizona law actually reduces the likelihood of race-based harassment by compelling police officers to contact the federal government as soon as is practicable when they suspect a person is an illegal alien, as opposed to letting them make arrests on their own assessment.

It is unfair to demand that people carry a driver’s license. Arizona’s law does not require anyone, alien or otherwise, to carry a driver’s license. Rather, it gives any alien with a license a free pass if his immigration status is in doubt. Because Arizona allows only lawful residents to obtain licenses, an officer must presume that someone who produces one is legally in the country.

State governments aren’t allowed to get involved in immigration, which is a federal matter. While it is true that Washington holds primary authority in immigration, the Supreme Court since 1976 has recognized that states may enact laws to discourage illegal immigration without being pre-empted by federal law. As long as Congress hasn’t expressly forbidden the state law in question, the statute doesn’t conflict with federal law and Congress has not displaced all state laws from the field, it is permitted. That’s why Arizona’s 2007 law making it illegal to knowingly employ unauthorized aliens was sustained http://www.scotusblog.com/wp-content/uploads/2009/10/09-115_ca9.pdf by the United States Court of Appeals for the Ninth Circuit.

In sum, the Arizona law hardly creates a police state. It takes a measured, reasonable step to give Arizona police officers another tool when they come into contact with illegal aliens during their normal law enforcement duties.

And it is very necessary: Arizona is the ground zero of illegal immigration. Phoenix is the hub of human smuggling and the kidnapping capital of America, with more than 240 incidents reported in 2008. It’s no surprise that Arizona’s police associations favored the bill, along with 70 percent of Arizonans.

President Obama and the Beltway crowd feel these problems can be taken care of with “comprehensive immigration reform” – meaning amnesty and a few other new laws. But we already have plenty of federal immigration laws on the books, and the typical illegal alien is guilty of breaking many of them. What we need is for the executive branch to enforce the laws that we already have.

Unfortunately, the Obama administration has scaled back work-site enforcement and otherwise shown it does not consider immigration laws to be a high priority. Is it any wonder the Arizona Legislature, at the front line of the immigration issue, sees things differently?

Kris W. Kobach, a law professor at the University of Missouri at Kansas City, was Attorney General John Ashcroft’s chief adviser on immigration law and border security from 2001 to 2003.

The Council on American-Islamic Relations (CAIR) tried to wage judicial jihad against a Michigan Circuit Court judge over the "modesty"...