As the world consumes more and more oil, considering developing countries like China and India the need for oil is ever increasing. Liberals and environmentalist refuse to look into Nuclear technology a safe alternative to oil, they also will not allow much if any new Oil drilling locally or closer to U.S. shores. Because of the unwillingness to drill closer offshore, the environmentalist have pushed the oil industry deeper and deeper into more difficult waters. The current gusher off the gulf is in 5,000 feet of water. In these depths, when things go wrong they go wrong quick. Had the drilling been off shore in much more shallow waters, the situation could have been dealt with more effectively. Environmentalist pushed this rig to unsafe waters leading to the current catastrophe in the Gulf. 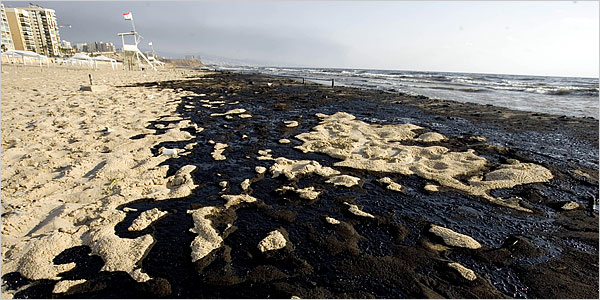 Truth is the unwillingness of environmentalist puts ever greater risk to environmental catastrophe as the unwillingness to allow drilling at home, makes American dependent on foreign oil. Depending on foreign oil is riskier scenario due to the increased vulnerability of oil tankers and oil spills. It is far more likely a spill to occur from an oil tanker crossing thousands of miles of sea, than a oil rig as we see happening in the Gulf right now. Worse yet, drilling overseas has further risks to our environment, much of the additional oil the United States could import will come from nations that are currently expanding their own offshore drilling. Think Angola is going to build safe rigs and inspect it rigs for safety more than the United States will?

This oil spill is not going to make Americans quit consuming oil, and if we don’t produce it locally, we will import it from far regions further putting our environment at an increases risk, not to mention the possible funding of terrorist groups through U.S. oil purchases. Obama’s aversion to drilling closer to shore is pushing the oil industry into unsafe deep waters, as we are witnessing in the Gulf situation currently.

In Case You Missed It:  Liberal Media Outlet Politico Predicts Republicans Will Win The House And Senate In 2022 Midterms
Posted in Tyranny and tagged Obama.

Watch Out for White Men

The one demographic that is consistently profiled racially From theTrumpet- White males have taken a beating in recent weeks. First...