I’m Arizona State Senator Sylvia Allen. I want to explain SB 1070 which I voted for and was just signed by Governor Jan Brewer. Rancher Rob Krantz was murdered by the drug cartel on his ranch a month ago. I participated in a senate hearing two weeks ago on the border violence, here is just some of the highlights from those who testified. 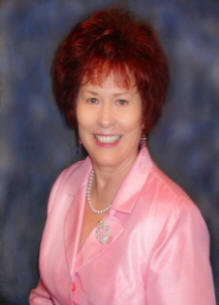 The people who live within 60 to 80 miles of the Arizona/Mexico Border have for years been terrorized and have pleaded for help to stop the daily invasion of humans who cross their property . One Rancher testified that 300 to 1200 people a DAY come across his ranch vandalizing his property, stealing his vehicles and property, cutting down his fences, and leaving trash. In the last two years he has found 17 dead bodies and two Koran bibles.

Another rancher testified that daily drugs are brought across his ranch in a military operation. A point man with a machine gun goes in front, 1/2 mile behind are the guards fully armed, 1/2 mile behind them are the drugs, behind the drugs 1/2 mile are more guards. These people are violent and they will kill anyone who gets in the way. This was not the only rancher we heard that day that talked about the drug trains.

One man told of two illegals who came upon his property one shot in the back and the other in the arm by the drug runners who had forced them to carry the drugs and then shot them. Daily they listen to gun fire during the night it is not safe to leave his family alone on the ranch and they can’t leave the ranch for fear of nothing being left when they come back.

The border patrol is not on the border. They have set up 60 miles away with check points that do nothing to stop the invasion. They are not allowed to use force in stopping anyone who is entering. They run around chasing them, if they get their hands on them then they can take them back across the border.

Federal prisons have over 35% illegals and 20% of Arizona prisons are filled with illegals. In the last few years 80% of our law enforcement that have been killed or wounded have been by an illegal.

The majority of people coming now are people we need to be worried about. The ranchers told us that they have seen a change in the people coming they are not just those who are looking for work and a better life.

The Federal Government has refused for years to do anything to help the border states . We have been over run and once they are here we have the burden of funding state services that they use. Education cost have been over a billion dollars. The health care cost billions of dollars. Our State is broke, $3.5 billion deficit and we have many serious decisions to make. One is that we do not have the money to care for any who are not here legally. It has to stop. The border can be secured. We have the technology we have the ability to stop this invasion. We must know who is coming and they must come in an organized manner legally so that we can assimilate them into our population and protect the sovereignty of our country. We are a nation of laws. We have a responsibility to protect our citizens and to protect the integrity of our country and the government which we live under.

I would give amnesty today to many, but here is the problem, we dare not do this until the Border is secure. It will do no good to forgive them because thousands will come behind them and we will be over run to the point that there will no longer be the United States of America but a North American Union of open borders. I ask you what form of government will we live under? How long will it be before we will be just like Mexico , Canada or any of the other Central American or South American countries? We have already lost our language, everything must be printed in Spanish also. We have already lost our history it is no longer taught in our schools. And we have lost our borders.

The leftist media has distorted what SB 1070 will do. It is not going to set up a Nazi Germany. Are you kidding. The ACLU and the leftist courts will do everything to protect those who are here illegally, but it was an effort to try and stop illegal’s from setting up businesses, and employment, and receiving state services and give the ability to local law enforcement when there is probable cause like a traffic stop to determine if they are here legally. Federal law is very clear if you are here on a visa you must have your papers on you at all times. That is the law. In Arizona all you need to show you are a legal citizen is a driver license, MVD identification card, Native American Card, or a Military ID. This is what you need to vote, get a hunting license, etc.. So nothing new has been added to this law. No one is going to be stopped walking down the street etc… The Socialist who are in power in DC are angry because we dare try and do something and that something the Socialist wants us to do is just let them come. They want the “Transformation” to continue.

Maybe it is too late to save America . Maybe we are not worthy of freedom anymore. But as an elected official I must try to do what I can to protect our Constitutional Republic . Living in America is not a right just because you can walk across the border. Being an American is a responsibility and it comes by respecting and upholding the Constitution the law of our land which says what you must do to be a citizen of this country. Freedom is not free.

Thoughts on the Start of Israeli-Palestinian “Proximity Talks”