by Janet Doerflinger
American Thinker
May 9, 2010

Flynt Leverett and his wife Hillary Mann Leverett, both former officials of the National Security Council, are prominent advocates for appeasing Iran, a case they make in a steady stream of articles, public appearances, and postings on their website, raceforiran.com. He has a perch at the New America Foundation and teaches at Penn State; she is CEO of SRATEGA, an energy and political risk consulting firm, and is a fellow at Yale’s new Jackson Institute for Global Affairs. 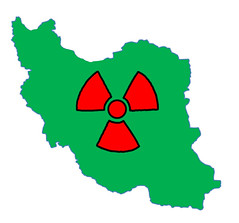 After leaving the Bush administration in 2003, the Leveretts utilized their talent for self-promotion to sell the myth that the Iranian government had made a sterling peace offer that was heedlessly spurned by the incompetent, warmongering neo-cons. This line was eagerly embraced by Bush-hating media, who made the Leveretts minor celebrities and launched their post-government careers. The prop they brandished in their drama was the “Guldimann fax” received by the State Department in May 2003.

In the Leveretts’ version of events, the Guldimann fax was a history-changing offer from the Iranian government to the U.S. of a “grand bargain” to resolve all disputes with the United States. Steven J. Rosen and Michael Rubin have definitively debunked their story. The fax was not composed by anyone in the Iranian government, but by Tim Guldimann, then-Swiss ambassador to Iran, who shared the Leveretts’ desire for rapprochement between the U.S. and Iran. Guldimann said members of the Iranian government had approved some but not all of its provisions, and he didn’t know which parts they approved and disapproved. Moreover, the Bush administration at the time was negotiating at higher diplomatic levels with Iran, and the Guldimann fax was inconsistent with the positions communicated by the Iranians in those talks.

After launching themselves with a distortion, the Leveretts since 2003 have tendentiously supported the Islamic Republic of Iran, specifically the faction of Ahmadinejad, lending authenticity to their arguments with frequent references to private conversations with Iranian leaders. As Lee Smith recently pointed out in three important articles in Tablet magazine, in totalitarian societies, access is limited to those who promote the leaders’ interests. The Leveretts’ slavish advocacy centers on three areas: promoting an American “grand bargain” with Iran, favoring Ahmadinejad and the Islamic Republic over the Green Movement, and favoring Iran over Israel and other regional U.S. allies.

In the Leveretts’ version of a “grand bargain,” the U.S. would promise up-front never to attack Iran and never to help foment an internal uprising against the Islamic Republic. In return, Iran would enter into extensive negotiations regarding the nuclear issue, their support for terrorism, and the Israeli-Palestinian conflict. In more recent iterations, the Leveretts concede that the Iranians would not agree to give up uranium enrichment. Amir Taheri suggested that the “grand bargain” be renamed “pre-emptive surrender.” As Taheri has noted, appeasement is the worst possible policy, because rewarding the aggression of a fascist or totalitarian regime only invites more aggression. Furthermore, Iran has perfected the art of buying time under the guise of negotiations.

With the election of Barack Obama, the Leveretts’ career entered a new phase because Obama’s policy of open-handed engagement was essentially what they have advocated all these years, and it has been an abject failure. The Iranians have rejected all of Obama’s overtures; mocked him and us; continued to arm, train, and fund terrorists who attack our troops and allies; and they rapidly developed their missile and nuclear programs, thus leading the world towards a crisis point. Characteristically, the Leveretts’ response to the failure of Obama’s engagement policy has been to blame it on Obama, advocate more concessions to Iran (such as removing Dennis Ross and ending covert operations against Iran), and push for the same failed “grand bargain” engagement policy.

The Leveretts’ reaction to the unrest in Iran since last June’s disputed election has highlighted their sycophantic attachment to Ahmadinejad and elicited outrage at their cold indifference to the regime’s brutal suppression of dissent. While their fans may have cheered when they took Ahmadinejad’s side against Dick Cheney, their dismissal of the Green Movement and apologetics for its suppression may have been a bridge too far. After they published “Ahmadinejad won. Get over it” and “Another Iranian Revolution? Not Likely,” they were lambasted even by the Left. Flynt Leverett faced a hostile crowd at his home base in Washington, the New America Foundation.

Not surprisingly, the Leveretts also support Iran vis-à-vis Israel. In December 2009, they published an article titled “Iran is No Existential Threat: The best way to rescue Obama’s failing diplomacy with the Islamic Republic is to stop letting Israel call the shots,” in which they argue that — on the grounds of fairness — Iran should be permitted to continue its nuclear enrichment, and Israel should be stripped of its (unacknowledged) nuclear weapons. They scoff at the Israelis’ fear that if Iran had nuclear weapons, it could threaten their very existence, and they suggest that in fact, the Israelis just want to be able to “conduct offensive military operations at will against any regional target.” After seven years, the Leveretts are finally giving us a little peek at the price tag of their “grand bargain.”

The Leveretts present themselves as objective foreign policy analysts, but the veil sometimes slips, as when they said it was untrue that Iran was a police state because when they drove through Tehran, they didn’t see many police. They dismissed the Green Movement because pro-government crowds outnumbered demonstrators, without mentioning that the former were bussed in for a paid holiday and the latter risked imprisonment, rape, torture, and death. And Flynt Leverett tied himself in knots on TV trying to explain away Ahmadinejad’s genocidal threats against Israel. In terms of the value of their foreign policy advice, it should be evident to everyone by now that President Obama’s efforts to engage have benefited Iran, not us.

With the failure of engagement and a dwindling threat of crippling sanctions, there is widespread speculation that our government is drifting towards a policy of containment, or acceptance of a nuclear-armed Iran. But as Steven J. Rosen told Lee Smith, the Obama containment policy is the same as engagement: the pursuit of a “grand bargain,” except with a nuked-up Iran. The key to both policies is a mistaken belief that the Iranian leaders are normal, rational men with whom we can do business, precisely the idea the Leveretts have been promoting.

The Leveretts’ arguments do not elucidate the truth, but rather disguise it and lull us into a false sense of security. If and when the Islamic extremists who run Iran acquire nuclear weapons, the world will become a darker, more dangerous place. We can thank not only the Leveretts themselves, but the institutions that have legitimized and enabled their deceptions: the New America Foundation, the New York Times and others that have published them, Penn State and Yale Universities, and the nascent Jackson Institute for Global Affairs.

Janet Doerflinger is a writer whose interests include public affairs and foreign policy. This essay was written for Campus Watch, a program of the Middle East Forum.

By Fred Lucas, Staff Writer (CNSNews.com) – White House Press Secretary Robert Gibbs said he did not know and could...