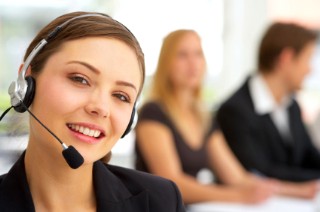 NEW YORK (Reuters) – In a bid to reduce outsourcing of U.S. jobs, a Democratic senator said on Sunday he will push legislation to make companies inform customers when their calls were being transferred outside the United States and charge companies for those transferred calls.

“This bill will not only serve to maintain call center jobs currently in the United States, but also provide a reason for companies that have already outsourced jobs to bring them back,” Senator Charles Schumer said in statement.

Customers calling 800 numbers are often transferred overseas, and in such cases the bill would mandate that callers be told where their calls were rerouted.

Companies would also be required to certify to the Federal Trade Commission annually that they were complying with the requirement, and face penalties if they did not certify.

Schumer’s bill would also impose a $0.25 excise tax on any customer service call placed inside the United States which is transferred to an agent in a foreign location. The fee would be assessed on the company that transferred the call.

Customer service call centers have become increasingly popular with businesses in recent years to deal with questions ranging from billing to technical support.

But the practice brings frequent complaints from customers who say their issues are not resolved or that representatives are merely providing scripted responses.

In Case You Missed It:  Biden Is Housing COVID Contaminated Illegals in Facilities Built for Oil Employees – What Is the Real Cost of Biden’s Insane Policies?
Posted in Financial and tagged Economy, Recession, United Socialist States of America.

by Daniel Pipes May 29, 2010 Cross-posted from National Review Online Barack Obama entered with high hopes of improving the...