By Joe Kovacs– A college instructor who worked as a senior elections clerk for the city and county of Honolulu in 2008 is making the stunning claim Barack Obama was definitely not born in Hawaii as the White House maintains, and that a long-form, hospital-generated birth certificate for Obama does not even exist in the Aloha State. 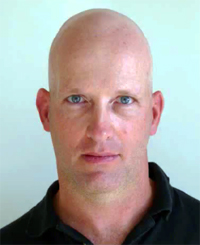 “There is no birth certificate,” said Tim Adams, a graduate assistant who teaches English at Western Kentucky University in Bowling Green, Ky. “It’s like an open secret. There isn’t one. Everyone in the government there knows this.”

Adams, who says he’s a Hillary Clinton supporter who ended up voting for John McCain when Clinton lost the Democratic nomination to Obama, told WND, “I managed the absentee-ballot office. It was my job to verify the voters’ identity.”

He says during the 2008 campaign when the issue of Obama’s constitutional eligibility first arose, the elections office was inundated with requests to verify the birthplace of the U.S. senator from Illinois

“I had direct access to the Social Security database, the national crime computer, state driver’s license information, international passport information, basically just about anything you can imagine to get someone’s identity,” Adams explained. “I could look up what bank your home mortgage was in. I was informed by my boss that we did not have a birth record [for Obama].”

At the time, there were conflicting reports that Obama had been born at the Queen’s Medical Center in Honolulu, as well as the Kapi’olani Medical Center for Women and Children across town. So Adams says his office checked with both facilities.

“They told us, ‘We don’t have a birth certificate for him,'” he said. “They told my supervisor, either by phone or by e-mail, neither one has a document that a doctor signed off on saying they were present at this man’s birth.”

To date, no Hawaiian hospital has provided documented confirmation that Obama was born at its facility. 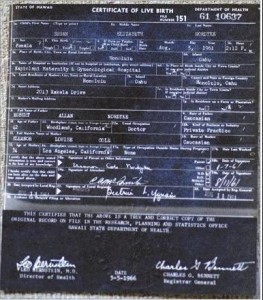 Copy of original long-form birth certificate of Susan Nordyke, born in Honolulu the day after Obama's reported birthdate. President Obama has never produced any document like this

WND confirmed with Hawaiian officials that Adams was indeed working in their election offices during the last presidential election.

“His title was senior elections clerk in 2008,” said Glen Takahashi, elections administrator for the city and county of Honolulu.

Takahashi also confirmed Adams’ time frame at the office from spring until the month of August.

“We hire temporary workers, because we’re seasonal,” he said.

However, when WND asked Takahashi if the elections office could check on birth records, he said, “We don’t have access to that kind of records. [There’s] no access to birth records.”

Adams responded, “They may say, ‘We don’t have access to that.’ The regular workers don’t, the ones processing ballots; but the people in administration do. I was the one overseeing the work of the people doing the balloting.”

Adams stressed, “In my professional opinion, [Obama] definitely was not born in Hawaii. I can say without a shadow of a doubt that he was not born in Hawaii because there is no legal record of him being born there. If someone called and asked about it, I could not tell them that person was born in the state.”

The White House has maintained a computer-generated Certification of Live Birth, or COLB, is proof enough of Obama’s Hawaiian birth, even though it has no hospital or doctor’s name on it. Such documents differ from a Certificate of Live Birth which includes those details. In response to a direct question from WND, the Hawaii Department of Health refused to authenticate either of the two versions of Obama’s short-form COLB, posted online – neither the image produced by the Obama campaign nor the images released by FactCheck.org. 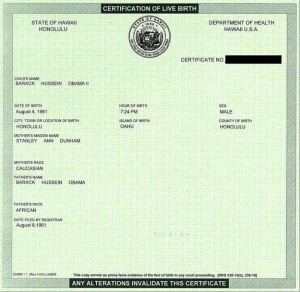 This short-form Certification of Live Birth image, which is not the same as a long-form, hospital-generated Certificate of Live Birth, was released by the Obama campaign June 2008.

“Anyone can get that [COLB],” said Adams. “They are normally given if you give birth at home or while traveling overseas. We have a lot of Asian population [in Hawaii]. It’s quite common for people to come back and get that.”

When WND mentioned there were announcements of Obama’s birth published in Hawaiian newspapers, Adams noted, “I’m sure the [maternal] grandparents were happy to put that in the paper when he got born.”

But Adams says that doesn’t necessarily mean he was actually born in Hawaii. While he’s not 100 percent sure of Obama’s true birthplace, he does think Kenya is a possibility, since his paternal grandmother stated that before allegedly being silenced by other family members.

Strasbourg, France – The handling of the H1N1 pandemic by the World Health Organization (WHO), EU agencies and national governments...