Strasbourg, France – The handling of the H1N1 pandemic by the World Health Organization (WHO), EU agencies and national governments led to a “waste of large sums of public money, and unjustified scares and fears about the health risks faced by the European public”, according to a report by the Social, Health and Family Affairs Committee of the Parliamentary Assembly of the Council of Europe  (PACE) made public today in Paris. 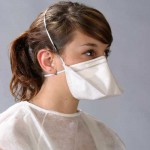 The report, prepared by Paul Flynn (United Kingdom, SOC) and approved today by the committee ahead of a plenary debate at the end of this month, says there was “overwhelming evidence that the seriousness of the pandemic was vastly overrated by WHO”, resulting in a distortion of public health priorities.

Presenting his report, Mr Flynn told the committee: “this was a pandemic that never really was”, and described the vaccination programme as “placebo medicine on a large scale” .

In its adopted text, the committee identifies what it calls “grave shortcomings” in the transparency of decision-making about the outbreak, generating concerns about the influence of the pharmaceutical industry on decisions taken. Plummeting confidence in such advice could prove “disastrous” in the case of a severe future pandemic, it warns.

In particular, the WHO and European health institutions were not willing to publish the names and declarations of interest of the members of the WHO Emergency Committee and relevant European advisory bodies directly involved in recommendations concerning the pandemic, the parliamentarians point out.

However, attending the meeting was Fiona Godlee, the Editor-in-Chief of the British Medical Journal, who told the parliamentarians that, according to an investigation by her journal, scientists who drew up key WHO guidelines on stockpiling flu vaccines had previously been paid by drug companies which stood to profit.

The WHO has been “highly defensive”, the committee said, and unwilling to accept that a change in the definition of a pandemic was made, or to revise its prognosis of the Swine Flu outbreak.

The committee sets out a series of urgent recommendations for greater transparency and better governance in public health, as well as safeguards against what it calls “undue influence by vested interests”. It also calls for a public fund to support independent research, trials and expert advice, possibly financed by an obligatory contribution of the pharmaceutical industry, as well as closer collaboration with the media to avoid “sensationalism and scaremongering in the public health domain”.

The report is due to be debated by parliamentarians from all 47 Council of Europe member states on Thursday 24 June during PACE’s summer session in Strasbourg.

In Case You Missed It:  NYC officials admit gay men are the super spreaders of monkeypox as cases in the city more than doubled in one week
Posted in Freedoms and tagged Europe, Swine Flu.