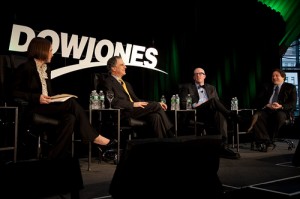 Commentary: If you think things are bad now…

An  investment letter that called the Crash of 2008 said that this would be a bad year — and it now says it will get worse.

A whole generation of investors think that Robert Prechter and his Elliott Wave Theory letters, Elliott Wave Financial Forecasts and Elliott Wave Theorist, are permabears. And they’ve certainly seemed that way for the last decade — although it should be noted that the stock market is now roughly back where it started.

But Prechter was very bullish after the 1974 low and, briefly, after being one of the very few services to make money in 2008. Then he announced that “2010 is the year when the bear market in stocks returns in full force.” 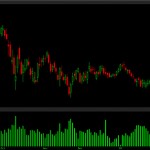 Over the year to date, EWFF is up just 0.4% by Hulbert Financial Digest count through May vs. negative 0.3% for the dividend-reinvested Wilshire 5000 Total Stock Market Index.

And even over the past 10 years, so badly damaged have stocks been that the letter was up an annualized 1.05%, outperforming a mere 0.22% annualized gain for the Wilshire 5000.

The EWFF issue published in early May said flatly: “The topping process is over for the countertrend rally that started in the first quarter of 2009. The next leg lower that commenced in April should now deliver a decline that will ultimately be bigger than the 2007-2009 sell-off. … Gold poked to a new high, but in doing so, likely completed a pattern in mid-May that will lead to a multi-month selloff. … The U.S. dollar index (NYBOT: DX-Y.NYB – News) is fulfilling EWFF’s forecast for a strong advance.”

All of which fits right into Prechter’s repeated predictions of a massive coming deflation.

In a rare comment on individual stocks, EWFF says: “Google Inc. (NYSE: GOOG – News) made its countertrend rally on Jan. 4, four months before the DJIA and Nasdaq, and appears to be locked in a decline the EWFF also forecast last August. Its early reversal is a bearish development for the broad market, as Google is an icon of the last great stock craze. The failure of its stock price to reignite is a clear sign that the animal spirits of the old bull market are all but gone.”

How bad? The clearest statement comes from the Elliott Wave Theorist, discussing a numerological technical theory with which it supplements the Wave Theory’s complex patterns: “The only way for the developing configuration to satisfy a perfect set of Fibonacci time relationships is for the stock market to fall over the next six years and bottom in 2016.”

“Stock market bulls and most economists think that a new bull market and economic recovery are underway. Most bears are looking for either a long sideways bear market Ã la 1966-1982, or a hyperinflationary run to infinity. Our Elliott Wave outlook opposes both of these scenarios. The most likely profile is a stock market crash of historic proportions.”

There will be a short-term rally at some point, thinks Prechter, but it will be a trap: “The 7.25-year and 20-year cycles are both scheduled to top in 2012, suggesting that 2012 will mark the last vestiges of self-destructive hope. Then the final years of decline will usher in capitulation and finally despair.”

In Case You Missed It:  Get Ready for the Economic Collapse
Posted in Financial and tagged Depression, Economy, Recession.

SECTION of U.S.A. CLOSED TO AMERICANS