We know what Marx, Lenin, Stalin, and Mao wanted (state control of everything) and how they achieved this goal (brutal totalitarianism); but what do their successors today want and how do they hope to achieve it? It’s a curiously un-examined subject.

Ernest Sternberg of the University at Buffalo offers answers in an eye-opening article in a recent issue of Orbis, “Purifying the World: What the New Radical Ideology Stands For.” His begins by sketching out what the contemporary far Left (as opposed to the “decent Left“) opposes and what it wants.

What the Left opposes: The prime enemy is something called Empire (no definite article needed), a supposed global monolith that dominates, exploits, and oppresses the world. Sternberg summarizes the Left’s all-embracing indictment of Empire:

people live in poverty, food is contaminated, products are artificial, wasteful consumption is compelled, indigenous groups are dispossessed, and nature itself is subverted. Invasive species run rampant, glaciers melt, and seasons are thrown out of kilter, threatening world catastrophe. 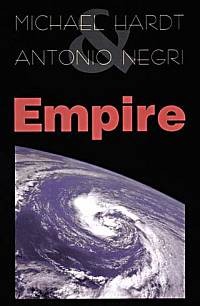 "Empire," the key text of left-fascism.

Empire achieves this by means of “economic liberalism, militarism, multinational corporations, corporate media, and technologies of surveillance.” Because capitalism causes millions of deaths that a non-capitalism system would eliminate, it also is guilty of mass-murder.

The United States, of course, is the Great Satan, accused of hoarding disproportionate resources. Its military oppresses the poor so its corporations can exploit them. Its government promotes the pretend-danger of terrorism to aggress abroad and repress at home.

And Israel is the Little Satan, serving as Empire’s sinister ally – or maybe the Jewish state is really the master? From World Social Forum meetings in Brazil to the United Nations anti-racism conference in Durban and from mainline churches to NGOs, Zionism is represented as absolute evil. Why Israel? Beyond not-so-subtle antisemitism, it alone of Western countries lives under a barrage of constant threats, which in turn compel it to engage in constant wars. “Stripped of all context,” Sternberg notes, “Israel’s actions fit the needed image of aggressor.”

To fight Empire’s superior resources, the Left needs to ally with anyone else opposing it – notably Islamists. Islamist goals contradict the Left’s, but no matter; so long as Islamists help fight Empire, they have a valued place in the coalition.

What the Left seeks: One catchword is authenticity: Empire’s artificiality makes indigenous culture analogous to endangered species. Culture should be indigenous, organic, and sheltered from Empire’s crass commercialism (e.g., Hollywood), its bogus rationalism, and its false concepts of freedom.

A second catchword is democracy: The Left rejects the distant and formalistic structure of a mature republic and instead celebrates grassroots, non-hegemonic democracy that offers a more direct voice. The democratic process, Sternberg explains, ” will proceed through meetings freed from the manipulative reins of law, procedure, precedent, and hierarchy.” These high-flying words, however, disguise a recipe for despotism; those laws, procedures, precedents, and hierarchy serve a very real purpose. 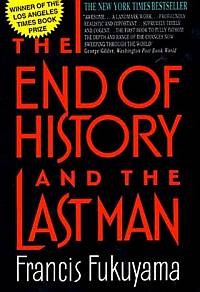 History, apparently, has not ended.

A third is sustainability. To integrate economies into the earth’s ecosystem, the new order “will run on alternative energy, organic farming, local food markets, and closed-loop recyclable industry, if any industry is needed. People will travel on public transit, or ride cars that tread lightly on the earth, or even better, ride bicycles. They will occupy green buildings constructed of local materials and inhabit cities growing organically within bioregions. Life will be liberated from carbon emanations. It will be a permanent, placid way of life.”

Socialism definitely forms part of this picture but economics no longer dominates, as once it did. The new leftist goal is more complex than mere anti-capitalism, constituting an entire way of life. Sternberg dubs this movement world purificationism, but I prefer left-fascism.

He then asks the vital question: Will the Left’s latest incarnation once again turn totalitarian? He finds it too early to answer definitely but points to several “totalitarian warning signs,” including the dehumanizing of enemies and accusations of mass murder. He warns of an inflection point when left-fascists “stand true to their cataclysmic rhetoric and strap on suicide belts or take up arms to become martyrs.” In other words, the dangers are real and present.

So much for those fashionable theories of two decades ago, trumpeted as the Berlin Wall fell, about the end of ideology. The Left retrenched after the fall of Leninism and now threatens humanity with a new version of its anti-Western, anti-rational, anti-liberty, anti-individualist ideology.

Afghan Christians issue plea for help after call for execution

A group of Afghan Christians living in exile in India have issued an “urgent” plea to the international community to...