WASHINGTON (Reuters) – Contracts for pending sales of previously owned homes plunged a record 30 percent in May, far more than expected, after a popular tax credit expired at the end of the prior month, a survey from the National Association of Realtors showed on Thursday. 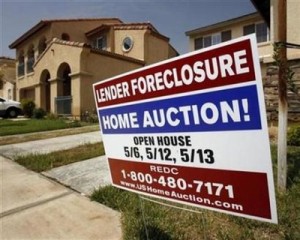 The Realtors said its Pending Home Sales Index, based on contracts signed in May, fell to a record low 77.6 from 110.9 in April. Economists polled by Reuters had expected a smaller decline of 12.5 percent in May.

“Consumers are rational and they rushed to meet the tax credit eligibility deadline in April. The sharp decline in contract signings in May is a natural result with similar low levels of sales activity anticipated in June,” said NAR chief economist Lawrence Yun.

First-time home buyers who had signed a contract before the end of April are eligible to receive $8,000 from the government. Buyers who are selling a home and buying a new home are eligible for $6,500.

The index is 15.9 percent lower than May 2009 and fell sharply in all regions of the country.

In Case You Missed It:  Get Ready for the Economic Collapse
Posted in Financial and tagged Economy, Recession.

by Hillel Fendel The Justice for Jonathan Pollard organization, refusing to let up on its drive for his freedom, has...