In Ordinary Lives, US Sees the Work of Russian Agents,” Scott Shane and Charlie Savage said they “lived for more than a decade in American cities and suburbs from Seattle to New York, where they seemed to be ordinary couples working ordinary jobs, chatting to their neighbors about schools and apologizing for noisy teenagers.”

“The only things (absent in this case) were actual secrets to send home to Moscow.” In fact, none of the 11 were charged with espionage because they weren’t “caught sending classified information back to Moscow, American officials said.” 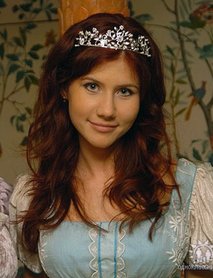 “What in the world do they think they were going to get out of this, in this day and age? The effort is out of proportion to the alleged benefits. I just don’t understand what they expected?

It prompted Newsweek to headline – “Part John le Carre, Part Austin Powers,” saying why would Russia “set up such elaborate long-term undercover plants when (they) could arguably buy as much influence (with) the right consultants, lawyers, and lobbyists” – the way everyone does business in Washington, the right information/results for the right price.

Wall Street Journal writer Susan Davis called it a “curious case,” asking “Was it worth it?”

Foreign Policy writer Daniel Drezner said it was the “lamest espionage conspiracy….ever,” sort of a “combination of illegal immigration and impersonating Jack Abramoff,” the former lobbyist, businessman, and convicted con man now in a halfway house after serving three and a half years of a six year sentence.

Foreign Policy’s Joshua Keating asked “Why Weren’t the Russian ‘Spies’ Charged with Espionage? Because they didn’t find out anything secret.” Perhaps they weren’t looking and did nothing illegal.

Columbia University Russia specialist, Robert Legvold, said anyone could have gotten what they did through a Google search. Throughout all their years in America, they never got close to obtaining classified information, and likely never looked for any.

On June 30, Russian Foreign Ministry spokesman, Andrei Nesterenko, called the charges groundless and malicious, regretting they came after the Obama administration seemed ready for warmer relations. The Ministry’s press office said the situation was being analyzed, adding that facts released so far are contradictory.

Mikhail Lyubimov, former KGB officer said the whole story looks like fiction, having nothing to do with real undercover work, saying:

“How can you imagine that eleven professionals didn’t notice that secret services had been watching them (for) years? If not them, their wives could have noticed. And so far it’s not clear at all exactly what information they’ve been looking for and what (they supposedly) sent to Moscow directly to the Kremlin, Medvedev or Putin. It’s nonsense. And I don’t even talk about invisible ink. I remember the Bolsheviks loved it.”

“It’s a PR campaign by the US secret services to get more money for next year’s budget….It happens quite often that the administration and the secret services are conflicting. This could be the case.”

Message to Bibi: ‘A Promise is a Promise’

by Maayana Miskin As Prime Minister Binyamin Netanyahu prepares to meet with United States President Barack Obama, the Judea and...