The price of houses in the United States will drop even more, says Barry Ritholtz, founder of Fusion IQ, the investment research firm. 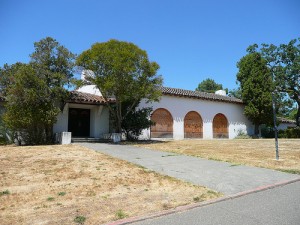 Boarded up & dead Grass in CA

During the next 12 months, the price of houses will fall by another 10 percent, Ritholtz said.

The amount of houses compared to the number of buyers is still skewed even if houses are now more “affordable,” he said.

“I mean this is a complete disaster and that’s why we are going to have a double dip. We’re guaranteed a double dip in housing,” he said.

Potential home buyers don’t need to fear the market will be “running away” from them, said Dan Alpert, managing director of Westwood Capital.

“The affordability is pretty much here to stay. I think we’re going to be in an era of very flat pricing and very, very cheap money for a very long time,” he said.

Home prices will fall at least another 5 percent to 8 percent, Alpert predict

Obama’s new mission for NASA: Reach out to Muslim world

By: Byron York In a far-reaching restatement of goals for the nation’s space agency, NASA administrator Charles Bolden says President...