The cost of harboring illegal immigrants in the United States is a staggering $113 billion a year — an average of $1,117 for every “native-headed” household in America — according to a study conducted by the Federation for American Immigration Reform (FAIR).

The study, a copy of which was provided to FoxNews.com, “is the first and most detailed look at the costs of illegal immigration ever done,” says Bob Dane, director of communications at FAIR, a conservative organization that seeks to end almost all immigration to the U.S. 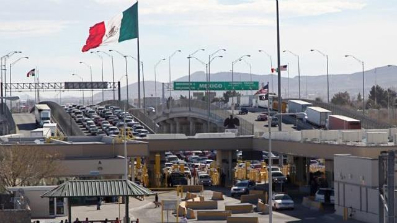 FAIR’s opponents in the bitter immigration debate describe the organization as “extremist,” though it is regularly called upon to testify before Congress.

Groups that support immigration reform immediately attacked FAIR’s report and pointed out that it is the polar opposite of the Perryman Report, a 2008 study that found illegal immigration was actually a boon to the American economy. It estimated that illegal immigrants add $245 billion in Gross Domestic Product to the economy and account for 2.8 million jobs.

The FAIR report comes as President Obama moves immigration reform to the top of his agenda, and it is likely to be a rallying point for those who oppose the president. At a speech Thursday at American University in Washington, D.C., Obama argued that the entire immigration system is broken and needs sweeping reforms. Among the changes he said are needed is “a path for [farm] workers to earn legal status,” which the president’s critics called an opening for a new amnesty program.

FAIR’s report argues that there are two choices in the immigration debate: “One choice is pursuing a strategy that discourages future illegal migration and increasingly diminishes the current illegal alien population through denial of job opportunities and deportations. The other choice,” it says, “would repeat the unfortunate decision made in 1986 to adopt an amnesty that invited continued illegal migration.”

The report states that an amnesty program wouldn’t appreciably increase tax revenue and would cost massive amounts in Social Security
and public assistance expenses. An amnesty “would therefore be an accentuation of the already enormous fiscal burden,” the report concludes.

The single largest cost to the government of illegal immigration, according to the report, is an estimated $52 billion spent on schooling the children of illegals. “Nearly all those costs are absorbed by state and local governments,’ the report states.

Moreover, the study’s breakdown of costs on a state-by-state basis shows that in states with the largest number of illegals, the costs of illegal immigration are often greater than current, crippling budget deficits. In Texas, for example, the additional cost of immigration, $16.4 billion, is equal to the state’s current budget deficit; in California the additional cost of illegal immigration, $21.8 billion, is $8 billion more than the state’s current budget deficit of $13.8 billion; and in New York, the $6.8 billion deficit is roughly two-thirds the $9.5 billion yearly cost of its illegal population, according to Jack Martin, the researcher who completed the study.

“The most important finding of the study is the enormous cost to state and local governments due to lack of enforcement of our immigration laws,” Martin wrote.

The report found that the federal government paid $28.6 billion in illegal related costs, and state and local governments paid $84.2 billion on an estimated 13 million undocumented residents. In his speech, Obama estimated that there are 11 million.

But FAIR’s critics said the report wrongly included American-born children of undocumented workers in its study.

“The single biggest ‘expense’ it attributes to unauthorized immigrants is the education of their children, yet most of these children are native-born, U.S. citizens who will grow up to be taxpaying adults,” said Walter Ewing, a senior researcher at the American Immigration Council. “It is disingenuous to count the cost of investing in the education of these children, so that they will earn higher incomes and pay more in taxes when they are adults, as if it were nothing more than a cost incurred by their parents.”

He added that “the report fails to account for the purchasing power of unauthorized consumers, which supports U.S. businesses and U.S. jobs” and that it “ignores the value added to the U.S. economy by unauthorized workers, particularly in the service sector.”

Martin said FAIR expected that criticism, but that because the children are a direct result of illegal immigration, their inclusion was both fair and reasonable

In Case You Missed It:  In blatant act of executive overreach, Gov. Inslee to mandate covid jabs for all private businesses in Washington
Posted in Freedoms and tagged Deficit, Illegal Immigration.