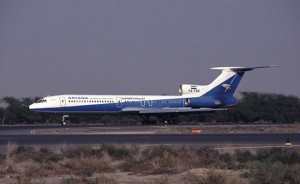 The news come after Iranian media said airports in the U.K., Germany and the United Arab Emirates had refused to offer fuel to Iranian passenger jets after the sanctions.

U.K. oil giant BP, which is facing U.S. pressure over a huge Gulf of Mexico oil spill, sent faxes to its refueling operations in some European countries–including those owned with partners–around Friday, people familiar with the faxed document said.

The document ordered a ban on refueling for several Iranian airlines, including Iran Air, the people said. “It’s due to a decision from the U.S. Congress,” one person said.

A BP spokeswoman said “we will comply with any international sanctions that are imposed” on Iran.

She said this applied to U.S. sanctions on gasoline and included operations where it has joint partners, but declined to comment further.

by Gil Ronen Hizbullah is placing military positions, weapons and explosive charges next to schools and hospitals in southern Lebanon,...